We have reported on rumored specs, power consumption figures, and release dates for the upcoming NVIDIA Ada Lovelace GPUs previously. However, what we all really care the most about is performance, and a Twitter tech leaker of some repute has spilled a purported 3DMark benchmark score for the GeForce RTX 4090. According to the benchmarking leak, the RTX 4090 achieved a 3DMark Time Spy Extreme Graphics score of 19,000.

A graphics score of 19,000 is astonishing in Time Spy Extreme, which runs at 4K, as it is over 60% better than the best of the GeForce RTX 30 generation can muster. Putting this score into some perspective, a top-end RTX 3090 Ti will score approximately 11,000 in the same test, making the 4090 roughly 73% faster. If you wish to compare against the direct predecessor instead, the RTX 3090, then the generational uplift is even bigger (85%). 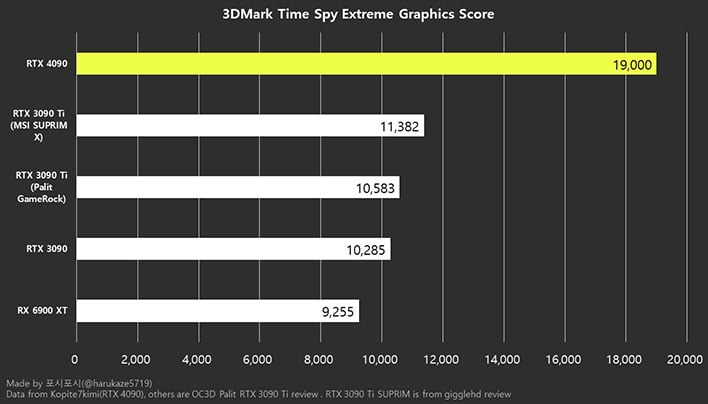 A synthetic benchmark score uplift is one thing, but we can’t be confident that it would correlate with similar performance uplifts in modern PC games. Of course Ada Lovelace is a new architecture, and NVIDIA will probably give a deep dive into the architecture at launch time, but there might be something peculiar about it that skews the 3DMark results positively. Remember, Intel’s new Arc Alchemist GPUs seem to fare much better in 3DMark tests than in real-world gaming, sadly. Having said that, we know NVIDIA is much more experienced in the high performance PC gaming graphics business. 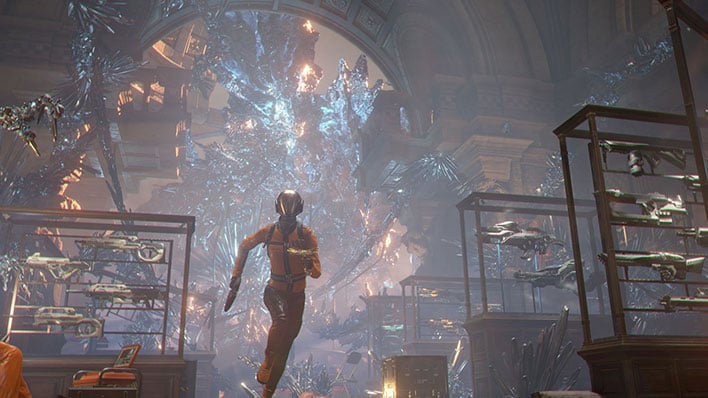 Sticking with the rumored benchmark score as if it is accurate, for now, if a generational uplift of 85% can be offered throughout the GeForce RTX 40 product stack, gamers and creators will be in for a rare treat. In such an event, an affordable mid-ranger, like an RTX 4060 or RTX 4060 Ti, could perform in the RTX 3090 ballpark. This would make the Ada Lovelace generation a truly barnstorming one, even with the warnings we have seen about potential power consumption.

There are still lots of unanswered questions about Lovelace ahead of the official launch, of course. Hopefully, Kopite7Kimi’s benchmark leak is correct, and we can look forward to a thrilling battle as AMD is also looking set to launch a new generation of consumer graphics cards before 2022 is over.