As it stands, the GeForce RTX 3090 Ti is the fastest consumer graphics card on the planet right now. Not all SKUs are created equal, though, and while it took a minute, EVGA has released its GeForce RTX 3090 Ti Kingpin Hybrid Gaming model with all kinds of bells and whistles. It also comes bundled with a very high end EVGA SuperNova 1600 P2 power supply.
You can consider this a special edition card. It's "designed from top to bottom to be the ultimate and highers overclocking graphics card" around, part of which includes a 14-layer PCB and dual 16-pin power connectors. There are two dozen power phases on this bad boy, and a flip-up OLED display with a 176x48 resolution to monitor vitals whether you install the card vertically or horizontally.
Out of the box, you're looking at a 1,950MHz boost clock, which is 90MHz higher than reference. Most users buying this card will probably look to push things even further, though, given that it's built with overclocking in mind. And to keep everything nice and chill, it sports a hybrid cooling solution with a single-fan air cooling shroud attached to a 360mm all-in-one liquid cooler with three RGB fans. 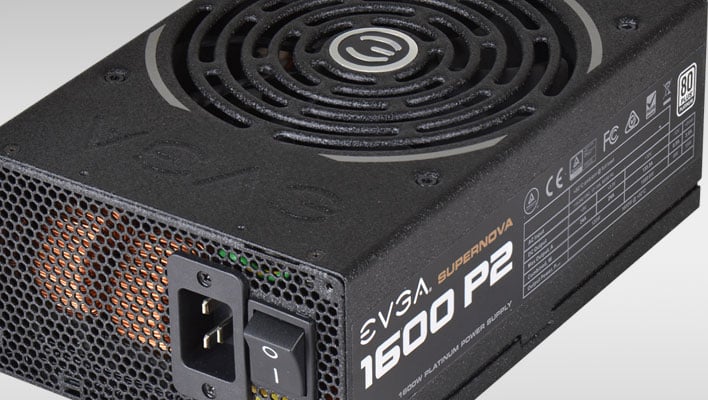 As for the power supply, it's a 1,600W model with 80+ Platinum certification, the second-highest 80+ tier behind only Titanium (and ahead of Gold, Silver, Bronze, and regular 80+). That's an efficiency rating that, in theory, means less energy is wasted as heat.
The two caveats to all this go hand-in-hand—this is an expensive combo at $2,499.99, and it arrives rather late to the Ampere party. NVIDIA is expected to release its next-generation  based on Ada Lovelace this year, and dropping two and a half large on a GPU at this point is a tough sell. Nevertheless, the combo is there for those who want it.
Meanwhile, pricing on graphics cards in general has been declining. If you're in desperate need of a GPU upgrade and don't want to wait, there are less expensive options out there. Here are a few other EVGA models that are currently on sale... 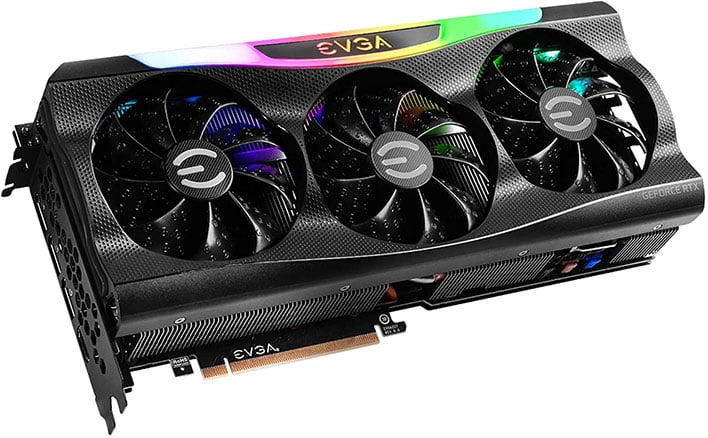 EVGA GeForce RTX 3070 FTW3 Ultra Gaming - $639.99 at Amazon (Save $80)
We still don't know exactly when NVIDIA will roll out its next-gen models. If you're in a position to wait, that's probably the better bet at this point. However, it could be several months before the next round of GPUs actually land at retail, and who knows what availability will look like.
The upshot to buying a GPU now is that you could spend the next several months playing games at high settings rather than limping along on an older graphics card. You'll have to decide for yourself which path makes the most sense for your situation.