There's been quite a bit of chatter about NVIDIA's next-generation GeForce RTX 40 series and when those cards might launch, including talk of a one-month delay. Meanwhile, AMD is not standing pat. The rumor mill plays no favorites, and as it applies to AMD's own next-gen stack, we could be looking at a launch sometime around Halloween.
Bear in mind that all this chatter amounts to unofficial information—AMD and NVIDIA have not shared precise time frames on when their next round of GPUs will come out. So with that in mind, we're left to the usual sources of leaks and rumors. One of the more reliable leakers, Greymon55 (@greymon55), claims to have it on good authority that AMD's Radeon RX 7000 series based on RDNA 3 will be here in just a few months. 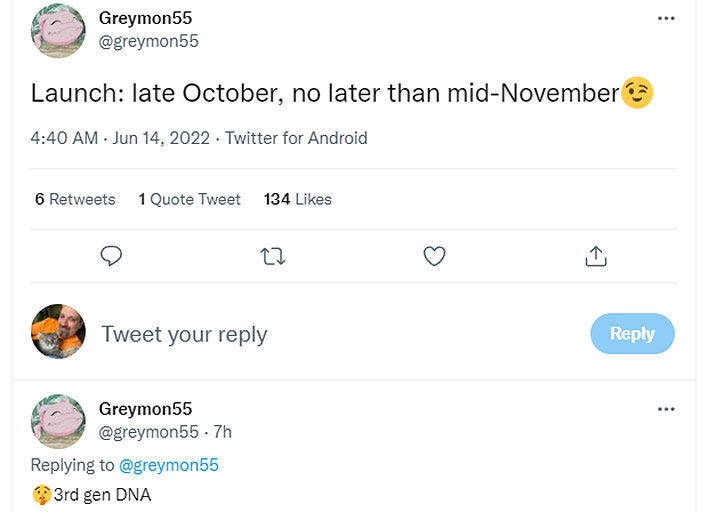 "Launch: late October, no later than mid-November," the leaker posted on Twitter. When asked in a reply if this was new information or an estimation based on production cycle, Greymon55 responded, "New info and very reliable." And in the same Twitter thread, Greymon55 answered affirmatively when asked if AMD's next-gen Ryzen 7000 series Zen 4 CPUs will arrive a little before the new Radeon GPUs, in the late-September to early-October time frame.
We can't say if the information is accurate, only that Greymon55 has been pretty reliable in the past and sounds confident in these time frames. If that ends up being the case, it will be possible to build an all-AMD system around its next-gen CPUs and GPUs in just a few months, possibly by Halloween or Thanksgiving at the latest.
That's assuming these won't amount to paper launches, and that inventory levels will be sufficient to meet demand. We'll have to wait and see.
This also sets the stage for a pending showdown between AMD and NVIDIA, and to some extent Intel as well. The latest rumor is that NVIDIA will debut its GeForce RTX 4090 graphics card in September, followed by the GeForce RTX 4080 in October and GeForce RTX 4070 in November. Likewise, Intel is still promising that its Arc Alchemist desktop graphics cards will be here later this summer (Q3).