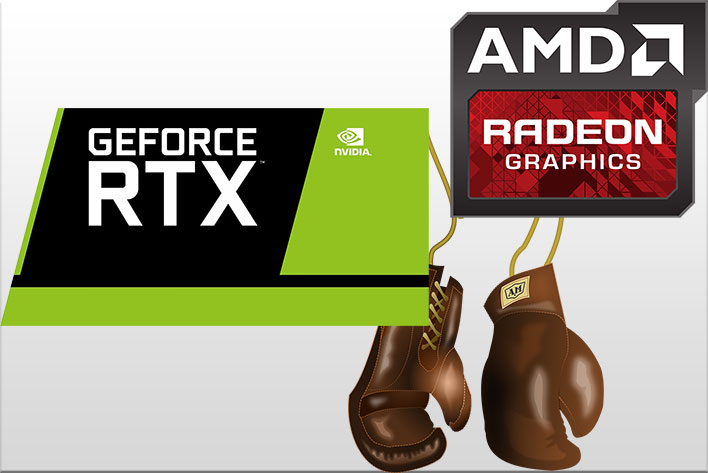 The Coronavirus pandemic has been depressing on multiple levels (not the least of which is the loss of life), and who knows if we will still be collectively cooped up this summer. Even if so, there is something look forward to—the potential launch of next generation GPUs from both AMD and NVIDIA, at the tail end of summer anyway.
Nothing is official, but according to a new Digitimes report, next generation GPUs are headed for a September launch. There is no word on pricing or which models will be available (assuming the report is true), but the site also anticipates new graphics cards being the catalyst for vendors to lower prices on current generation graphics cards, thereby "stimulating demand further in third-quarter 2020."
It is going to be an interesting summer if both AMD and NVIDIA launch new GPUs. Starting with AMD, we are looking forward to seeing what the so called Big Navi GPU will deliver. Big Navi is based on AMD's second generation Radeon DNA (RDNA 2) graphics architecture, the same as will be found in Sony's PlayStation 5 and Microsoft's Xbox Series X consoles at the end of the year.
RDNA 2 will inevitably bring a performance bump over RDNA 1, and probably better power efficiency to boot. Beyond that, AMD will be introducing hardware support for real-time ray tracing, bringing parity (in terms of support) to NVIDIA's GeForce RTX series with dedicated RT cores for ray-traced workloads.
NVIDIA, meanwhile, is prepping Ampere. We can officially call it that because NVIDIA CEO Jensen Huang recently introduced the world to Ampere from his kitchen, where he livestream the unveiling of the DGA A100 with eight Ampere-based A100 GPUs plugged in.
The A100 packs 54 billion transistors, 6,912 CUDA cores, 432 Tensore cores, and 108 SMs, along with 40GB of HMBe2 memory. Whatever ends up in the consumer space will not be quite as beastly, but overall, Ampere is rumored to deliver a big improvement in performance.
And of course Intel is working on its first discrete GPU of the modern era. That will be unveiled later this year as well, though likely in low power form initially.