Microsoft's Xbox Series X Seems Faster Than Sony's PlayStation 5, Will It Be Cheaper Too? 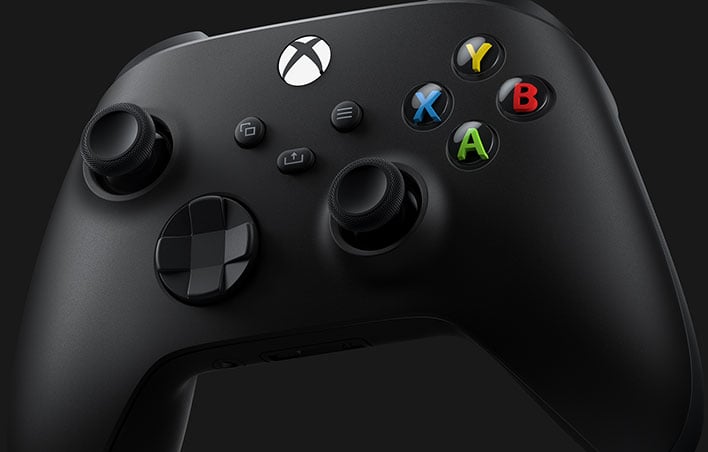 I'm about to show my immaturity here, but one of my favorite recurring segments on Tosh.0 is when the comedian pulls off a stunt that he saw someone else perform in a user video, then declares "I'm better than you, nana nana boo-boo, stick your head in doo-doo." I assuming it's still a recurring segment, anyway (it's been a couple years since I tuned in). Microsoft may as well go ahead and borrow the phrase, because its Xbox Series X has more graphics muscle than Sony's PlayStation 5, and might end up being less expensive as well.
To quickly recap the hardware, both next-gen game console are rocking custom AMD silicon based on the company's Zen 2 CPU cores and upcoming RDNA 2 graphics architecture, with support for real-time ray tracing. However, Microsoft said the GPU in the Xbox Series X features 52 compute units (CUs) and delivers 12 TFLOPs of graphics performance, whereas Sony confirmed the GPU inside the PS5 sports 36 CUs and delivers 10.28 TFLOPs.
There are other differences, such as clockspeeds how the SSDs are employed. But on paper, the Xbox Series X seems to have the performance edge. Who knows how much that will actually matter in terms of actual gaming, but if nothing else, Microsoft has some bragging rights at the moment.
As to the pricing, Microsoft has said in the past that gamers will be pleased with where the retail cost lands, and not much more. Will it be competitive with the PS5? Wedbush Securities analyst Michael Pachter thinks so. According to VG247, Pachter stated in a recent podcast that the Microsoft is waiting for Sony to reveal its PS5 pricing, so that it can subsequently announce a lower price for the Xbox Series X. he reckons the Xbox Series X could be $100 cheaper.
"From what I've seen, Sony's gonna have to charge $500 for the PS5 and Microsoft has a big balance sheet," Pachter said.
Pachter contends that high-level hardware inside both consoles carries a premium, but he believes Microsoft is in a better position to lose money (initially) on hardware sales by charging a cheaper price. He believes it's "very likely" the Xbox Series X will debut at $400.
"If they want to cut the price by $100—just price below [PS5] and subsidize the first 10 million [consoles]—they will. So, I think that they're waiting to have Sony blink first and then they'll reveal the price."
It's not just Pachter that sees it playing out this way. So does Peter Moore, who previously held executive roles at Electronics Arts and Microsoft. He was on the same podcast and said Pachter is correct in his thinking that Microsoft can absorb a loss in hardware sales during the first 12 to 18 months.
"Microsoft right now, the stock price, the market cap, everything’s flying for them," Moore said. "Does Satya say, you know, 'this is our opportunity right now, as we did with Xbox 360, let’s get in, let’s price it right'?"
He's referring to Microsoft CEO Satya Nadella. An interesting side note to all this is the prospect of a price war. I think it's a bit less likely, but in theory, Microsoft and Sony could get caught trying to one-up each other, to the benefit of consumers. For example, if Sony announces a $499 price the PS5 and Microsoft responds by announcing a $399 price for the Xbox Series X, does Sony announce a last-minute price cut and/or offer up more storage?
The latter would require some pre-planning, but is not out of the realm of possibility. We'll find out soon enough—both consoles are slated to launch at the end of the year.