Microsoft spilled the beans on its next-generation Xbox Series X game console last year, letting us know that it would be powered by a 7nm AMD Ryzen 3000-class processor and Navi graphics. It was also revealed that the console would bring a revolution in a game loading times thanks to its ultra-fast solid-state drive (SSD).

Today, Microsoft is delivering some additional critical hardware details on the Xbox Series X, including the fact that the GPU will be based on next-generation AMD RDNA 2 architecture. First-generation RDNA architecture is included in today’s crop of Navi-based Radeon desktop and laptop graphics cards, but RDNA 2 brings a number of optimizations to the table including Variable Rate Shading (VRS) and hardware-accelerated DirectX Ray Tracing support. 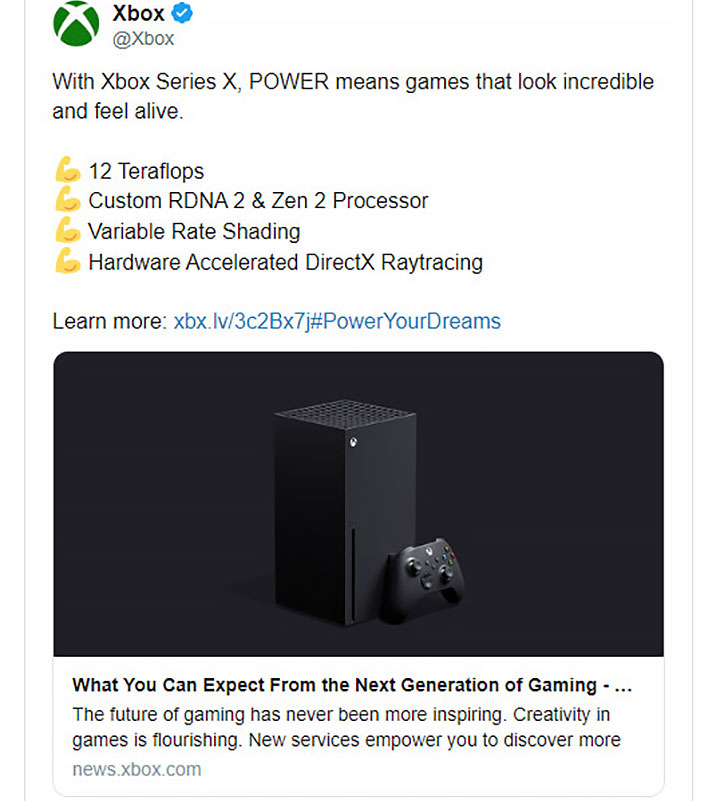 More importantly, the new GPU will have enough grunt to deliver consistent 4K gaming experiences at high frame rates, as it has 12 TFLOPs of compute performance to back it up. This is roughly twice the performance of the current top dog Xbox One X and 8 times the performance of the original Xbox One. In fact, Microsoft says that the Xbox Series X can support up to 120 FPS gaming (this is up to each individual developer).

The aforementioned SSD not only allows you to load games in an instant, the Xbox Series X also support Quick Resume functionality. With Quick Resume, Microsoft says that you will be able to pick up where you left off with multiple games from a suspended state without facing loading screens. Rounding out the hardware features, HDMI 2.1 with Variable Refresh Rate is supported and Dynamic Latency Input is enabled to optimize latency with using an Xbox Wireless controller. 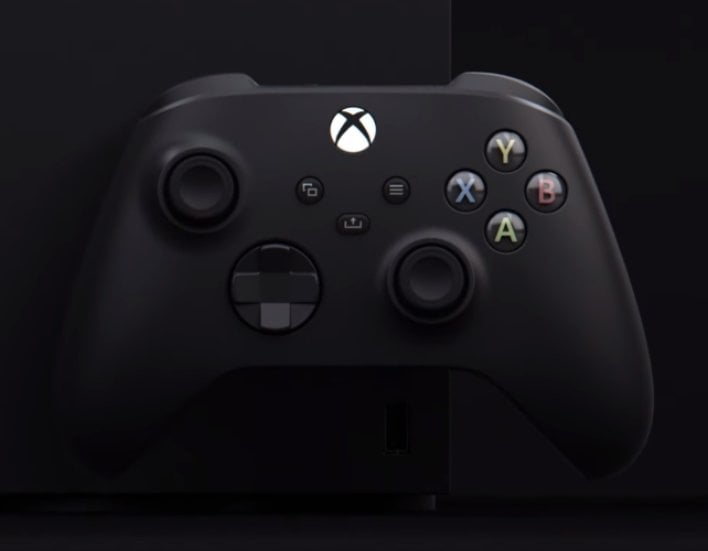 On the software front, Microsoft is touting that the Xbox Series X will be backwards compatible with games dating back to the original Xbox. In other words, Xbox, Xbox 360 and Xbox One games are all supported in addition to the next-generation Xbox One Series X games that will be coming down the pipeline.

And in another interesting twist, Microsoft says that it will be enabling Smart Delivery technology will allow you to buy a game once, and then play the optimized version for your particular game console. For example, if you were to purchase Cyberpunk 2077 for your Xbox One, you wouldn’t have to go out and repurchase the game if you upgrade to an Xbox Series X down the road. And most importantly, the Xbox Series X version of the game that you would later receive would support all of the hardware and graphics capabilities of your new console rather than being locked to the Xbox One version. While Microsoft is making Smart Delivery available with the Xbox Series X, it’s up to developers to implement it for their games.

Microsoft has revealed most of its cards with respect to the Xbox Series X; now it’s time for Sony to do the same with the PlayStation 5.