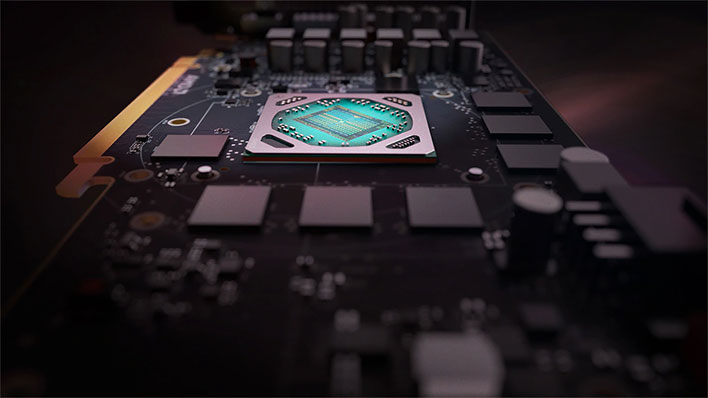 At long last, AMD CEO Dr. Lisu Su has outright confirmed plans to launch graphics cards for PCs based on a next-generation version of Navi in 2020. Up to this point, she has hinted at new Navi cards being inbound, though careful wording in past statements left it ambiguous as to whether next-generation Navi parts would be inbound on the PC this year or just on upcoming game consoles (PlayStation 5 and Xbox Series X).
Now there is no question as to where new Navi parts will poke their heads. Following the release of AMD's fourth quarter earnings report, the company hosted a conference call and fielded various questions, one of which asked straight up what new GPUs AMD plans to launch through the rest of 2020 for PCs and data centers.
"So, in 2019, we launched our new architecture in GPUs, it’s the RDNA architecture and that was the Navi based products. You should expect that those will be refreshed in 2020 and will have next generation RDNA architecture that will be part of our 2020 lineup. So we are pretty excited about that and we will talk more about that at our Financial Analyst Day. And on the data center GPU side, you should also expect that we will have some new products in the second half of this year," Dr. Su said.
Radeon DNA, or RDNA, is the GPU architecture that underpins AMD's current-generation Navi products, and namely its Radeon RX 5000 series. It replaced AMD's GCN, or Graphics Core Next, architecture that the company had be using for several generations.
Navi in its current form is built on a 7nm manufacturing process. Looking ahead, next-generation Navi parts are expected to be manufactured on a refined 7nm+ node, which should pave the way for better power efficiency and improved performance. This is what's known as 'Big Navi', or at least we hope that is the case.
It will be interesting to see how next-gen Navi parts far. Leaks and rumors have pointed to Big Navi, or Navi 20, being twice as powerful as the Navi GPU inside AMD's Radeon RX 5700 XT. If true, it would essentially slingshot AMD's product stack (at the higher end) past NVIDIA's GeForce RTX 2080 Ti. Of course, NVIDIA has another GPU architecture in the wings as well, that being Ampere.
Beyond the raw performance upgrade, AMD has plans of implementing real-time ray tracing support in its future Navi GPUs. We still do not know if ray tracing is in the cards for its PC offerings later this year, but there is a high probability of that happening, given that both the PS5 and Xbox Series X will feature Navi GPUs with hardware-level ray tracing support.
For as much as we still do not know, one thing is for sure—this is going to be a fun year in the land of graphics.