Remember the Surface Duo? It was an interesting, folding dual-screen Android smartphone that Microsoft first showed off in October 2019. However, it's been a long 8 months since that unveil and it still hasn't been released.

According to a tweet this week by Windows Central's Zac Bowden, Microsoft is pushing to get the Surface Duo out the door before Samsung launches its Galaxy Fold 2. That's probably a wise move, as the Surface Duo had pretty competitive specs when it was first announced, but it's falling behind the times as a "flagship" device for 2020. 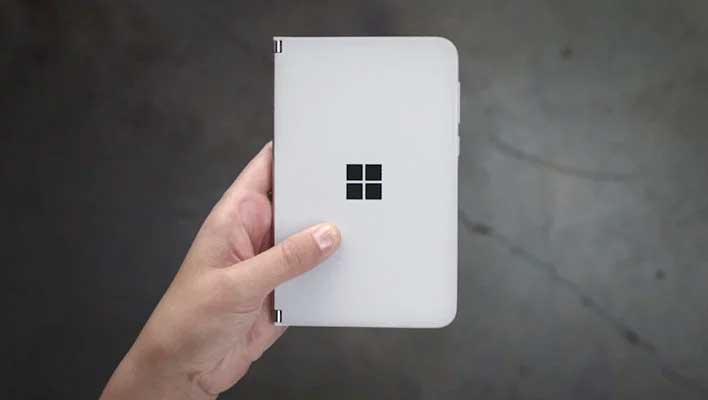 The Surface Duo reportedly features two 5.6-inch AMOLED displays that each have a resolution of 1800x1350. Powering the phone will be a Qualcomm Snapdragon 855 SoC, 6GB of RAM, and 64GB of internal storage (256GB optional). Interestingly, Microsoft allegedly won't offer a microSD slot for expanded storage or 5G connectivity. One other wrinkle concerning the Surface Duo is that the device is rumored to come with a relatively small 3,460 mAh battery, which doesn't seem like a lot for a device that has to power a SD855 and dual screens.

On the other hand, the Galaxy Fold 2 will likely suck all of the oxygen out of the room with its 120Hz 7.7-inch (2213x1689) folding primary display and 6.23-inch (2267x819) cover display, if the rumors are accurate. The Galaxy Fold 2 will likely serve as the true "flagship" of Samsung's smartphone family, so it’s almost certain that the device will be powered by the Snapdragon 865 SoC, which comes mandatorily paired with the Snapdragon X55 5G modem.

What say you HotHardware readers, what folding smartphone are you most looking forward to in 2020?