Samsung is expected to announce the Galaxy Fold 2 in August, which is fast approaching. The first-generation Galaxy Fold was probably more notable for its display failures, which required a retreat and rethink concerning the hinge mechanism and other critical design changes (for the sake of reliability).

However, Samsung is hoping to get things right fresh out of the gate with the Galaxy Fold 2, and a new report out of South Korea is shedding some light on what we can expect with regards to specs for the folding flagship. For starters, the folding display is said to increase in size from 7.3 inches (unfolded) to 7.7 inches with a resolution of 2213x1689. It's a relatively small size increase, but the big upgrade is reserved for the refresh rate, which is reportedly doubling to 120Hz. This would put the Galaxy Fold 2 on even footing with the current Galaxy S20 flagship phone family. 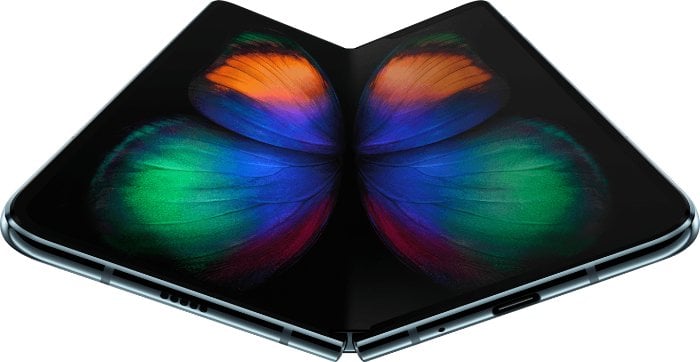 One of the biggest complaints about the original was in regards to its relatively small cover display; but it has now been bumped in size from 4.6 inches to 6.23 inches with a resolution of 2267x819. However, the cover display will stick with a 60Hz refresh rate, which has probably been done in a bid to conserve battery life. Both the primary folding display and the cover displays are said to have punch hole cutouts for the cameras.

It's also being reported that the Galaxy Fold 2 will use an Ultra-Thin Glass cover for the folding display, which is the same technology used on the Galaxy Z Flip. This should improve durability over the flexible plastic display on the original Galaxy Fold.

As for what will power the Galaxy Fold 2, that remains a mystery for now. It is likely that Samsung would go with another flagship Qualcomm SoC, which this year would be the Snapdragon 865. If Samsung is looking to reduce costs – the original was a $2,000 phone – then the company could go with the Snapdragon 765 family, which includes an integrated Snapdragon X52 5G modem.

According to the reporting from ETNews, Samsung is expecting to sell as many as 3 million Galaxy Fold 2 smartphones during its lifetime.