Prior to the [disastrous] launch of Cyberpunk 2077, Microsoft Flight Simulator was perhaps one of the most talked about PC games of 2020. Thanks to its stunning visuals, accurate representations of famous airports around the globe, and detailed terrain modeling, the game dropped jaws and brought PC systems to their knees due to the graphics requirements.

Today, ASOBO, the developer behind Microsoft Flight Simulator, is cranking things up another notch with a new update. The update brings official, public support for SteamVR headsets to Microsoft Flight Simulator. The update is free to everyone that already owns the game and supports all OpenXR-compatible headsets on the PC (i.e Oculus Rift S, Hewlett-Packard Reverb G2, Valve Index, etc.).

The first closed beta for VR launched back in October, and progress on the beta has pushed ahead at a rapid enough clip to allow for a full release prior to Christmas, so we must commend the dev team. Based on the what was announced during the initial beta phase, these are the minimum hardware requirements to get the game running with a supported VR headset: 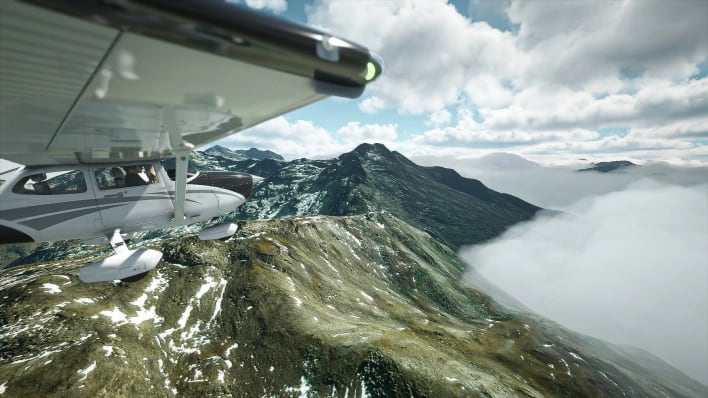 In other Microsoft Flight Simulator news, it was announced earlier this month that the game will be coming to the Xbox Series S and Xbox Series X in Summer 2021.