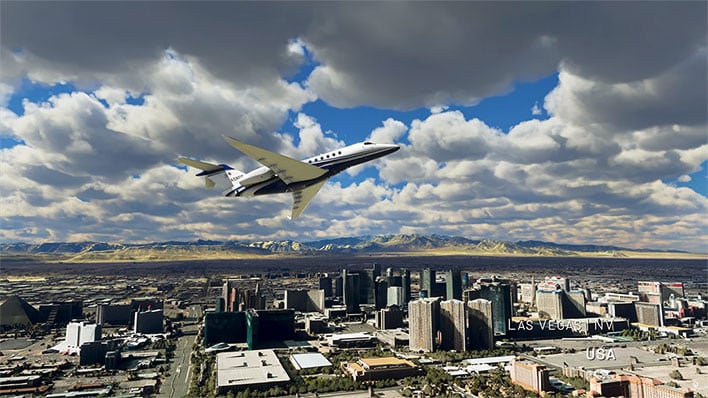 Microsoft Flight Simulator has been universally lauded for combining gorgeous graphics with realistic flight controls, but one thing missing is a virtual reality mode. Not for long. Microsoft started accepting signups for a closed beta in VR earlier this month, and the company says it is on track to begin testing the mode very soon.
The announced is part of a bigger update on the status of Microsoft Flight Simulator in general, and it is particularly good news for people how own a Windows Mixed Reality (WMR) headset. They will be the first to experience the simulator in VR, provided they are part of the closed beta. Users who have been selected to participate in the test should be on the lookout for an email from Microsoft.
Microsoft's plan is to stretch is VR closed beta into waves.

"Good news! We are on track with our upcoming VR build and will be sending out emails next week to our first wave of VR testers. As a reminder, Wave 1 is for WMR (Windows Mixed Reality) VR users only and Wave 2 will be for non-WMR users. Stay tuned and we look forward to working with you.," Microsoft stated.
This means if you own something like an Oculus Rift or Valve Index, you will have to wait a little bit longer. It's not clear how long Microsoft will limited testing to WMR headset owners, only that they get first dibs on the VR closed beta.
You can still sign up for the closed beta. To qualify, you must own the simulation, be a registered Insider, submit your DxDiag report, agree and adhere to the NDA, meet the minimum system requirements, and of course own a VR headset. The system requirements consist of the following...
Having the necessary hardware and signing up is not a guarantee that you will be selected. Microsoft says each preview build has a unique set of goals and areas of focus for the development team, hence why submitting a DxDiag report is required.
Outside of the VR news, Microsoft added another new airports and aircraft to the marketplace, which range in cost from $7.99 (WITT Sultan Iskandar Muda A) to $17.99 (Model 61 Long-EZ).