Flying over real-life locations in a highly detailed cockpit has made Microsoft Flight Simulator one of the most scenic and gorgeous games this year. Since before the game’s launch, players have been requesting a VR mode, and they are finally getting it. Microsoft has outlined the beta phase for VR in Microsoft Flight Sim (MSFS), so we will share it with you.

To kick things off, the first phase of testing will only focus on Windows Mixed Reality headsets. The second phase of testing will focus on other headsets, such as the Valve Index or now-discontinued Oculus Rift. Also, this is a closed beta, so not everyone who applies will get into the program. Hopefully, however, the program will move quickly enough, so it will not be long for everyone to get VR access. In any case, if you want to apply, you need to meet the following criteria: 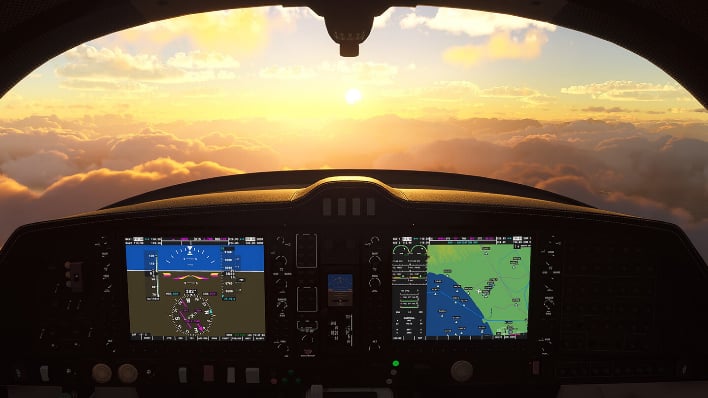 The minimum specs are a big deal here. MSFS is not the snappiest game in great conditions (and it does not have to be), but it could be rough for some people in VR. Though they may be a little low, Microsoft is recommending these specifications for the VR test:
If you meet the above requirements, you need to sign up as an Insider or be one already and submit your DxDiag. The test also appears not to be based on any prior Alpha or Beta enrollment, so anyone has a chance. If you do get into the closed beta, best of luck in the skies in VR!