One of the most highly-anticipated games for the PC platform these days isn’t a new strategy game, first-person shooter, or battle royale entry. It’s actually a simulation game that all of us have drooled over in officially sanctioned screenshots and leaked gameplay footage: Microsoft Flight Simulator.

We’ve now learned that in addition to being available to download direct from Microsoft, as part of Xbox Game Pass for PC, and in a retail box format, it is also heading to Steam. Preorders are currently open for the game on Steam, where pricing mirrors other versions of the game: $59.99 for Standard, $89.99 for Deluxe, and $119.99 for Premium Deluxe editions. The game will be available on all of the aforementioned platforms starting on August 18th. 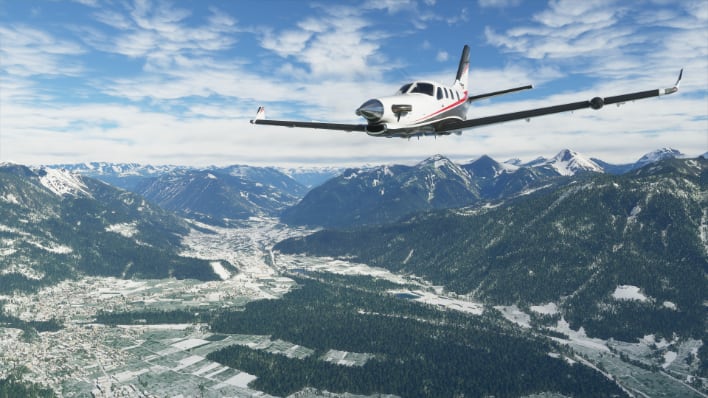 While it was announced yesterday that TrackIR support was incoming with six degree of freedom (6DOF) camera control, Microsoft upped the ante today by revealing that virtual reality (VR) support is coming later this year. VR compatibility will thankfully be provided as a free update for all customers regardless of which edition they purchased.

The first VR headset that will be supported by Microsoft Flight Simulator will be the Hewlett-Packard Reverb G2. The Reverb G2 was announced back in late May as a "no-compromise VR headset" and features dual 2.89-inch (2160x2160) displays – one for each eye – along with a pair of motion controllers. "We're starting with them," said Microsoft Flight Simulator lead Jorg Neumann.

"There's some extra work to be done for some of the others. I mean, we're going to bring it to all the devices - all the common ones. It's just going to take a few more months after that." So, all of you Oculus Rift and HTC Vive owners out there will likely be supported; you’ll just be waiting a bit longer.

Microsoft has seemingly thought of everything with this latest addition to the Flight Simulator family, and it sure looks as though gaming enthusiasts (and even amateur or commercial pilots) will be in for a real treat.