This has been a rather eventful start of the week for Microsoft, after pictures and pricing for its entry-level Xbox Series S leaked early Tuesday morning. Microsoft not long after confirmed the information, and posted a trailer for the console.

Today, Microsoft is confirming the leaked pricing for the "big daddy" Xbox Series X, which gets an official price tag of $499. Microsoft also revealed that preorders for the console will open on September 22nd, which is less than two weeks from now. The console will actually be available on November 10th.

For those that don't want to immediately plunk down 5 big ones for the Xbox Series X, it will also be available through Xbox All Access. Through this program, you'll pay $34.99 per month until the console is fully paid for and it includes a subscription to Xbox Game Pass Ultimate and EA Play. 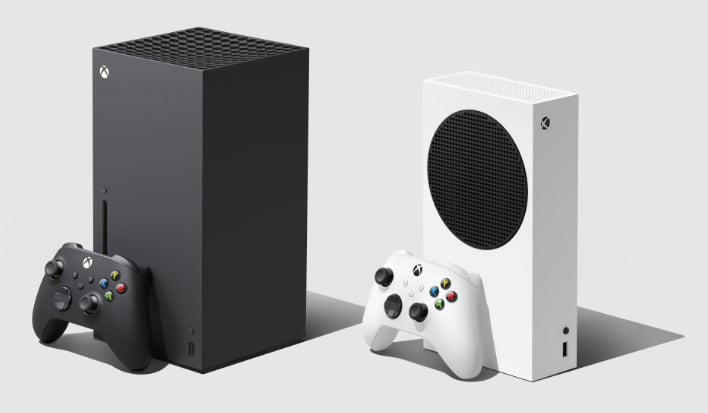 If you prefer the cheaper Xbox Series S, it will also be available for preorder on September 22nd, and will you'll pay $24.99/month through Xbox All Access. It too will ship on November 10th.

As you already know, both consoles are powered by custom AMD Zen 2/Radeon RDNA 2 hardware and incorporate the high-speed Xbox Velocity Architecture for storage. The flagship Xbox Series X allows you to game natively at 4K resolution and includes a Blu-ray drive along with a 1TB PCIe 3.0 SSD. The Xbox Series S offers less performance, hence its limitation to 120fps 1440p gaming and 4K upscaling availability. It lacks a Blu-ray drive and comes with half the internal storage (512GB).

The Xbox Series X/S were supposed to launch alongside Halo: Infinite, which was supposed to really showcase the graphics prowess of next-gen consoles. However, the developers announced that the game would be delayed after early gameplay footage was widely criticized for its seemingly subpar graphics that looked more suitable for the current Xbox One family of consoles.