The coronavirus/COVID-19 is not just causing immense pain and suffering around the globe due to the heartbreaking loss of life. It has also stunted the development of many projects from well-known companies due to shelter-in-place orders that have been ordered in many states across the U.S. The latest [tech] victims include Microsoft’s highly anticipated Surface Neo and its complementing Windows 10X operating system.

In a blog post today, Panos Panay, who now serves as the Chief Product Officer for Windows and Devices, in a roundabout way confirmed the news that we first heard early last month: Surface Neo has been delayed. Panay first revealed that Microsoft is shifting its focus to deliver single-screen devices running Windows 10X… at least initially. Given that the Surface Neo is a dual-screen Windows 10X device, it has undoubtedly been put on the back burner for now. 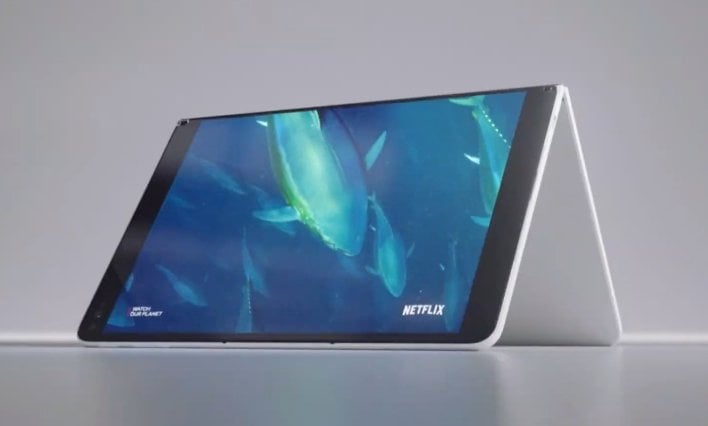 “These single-screen devices will be the first expression of Windows 10X that we deliver to our customers, and we will continue to look for the right moment, in conjunction with our OEM partners, to bring dual-screen devices to market,” Panay wrote. Regardless of the shift from dual- to single-display machines, Panay says that Windows 10X devices will “leverage the power of the cloud to help our customers work, learn and play in new ways.”

That’s disappointing news, as Windows 10X was designed to truly show off the flexibility and multitasking prowess of dual-screen devices. The Surface Neo in particular was intriguing with its dual 9-inch displays in a “book style” form-factor that is reminiscent of the old Microsoft Courier concept. The device is powered by a 10nm Intel Lakefield SoC and can be optioned with a trick, magnetic Bluetooth keyboard. 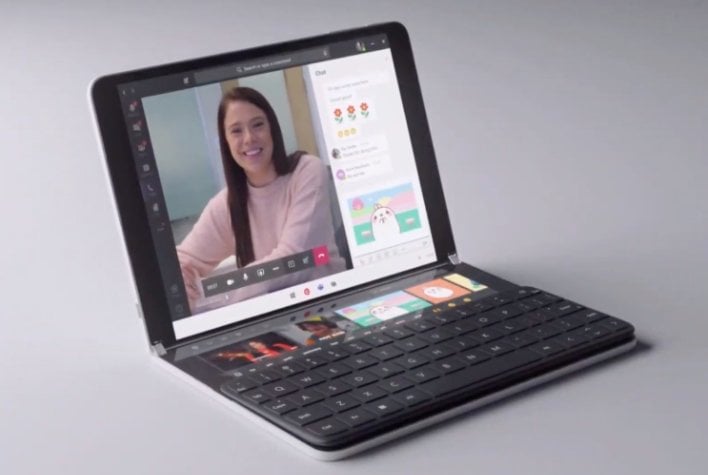 This announcement from Microsoft likely won’t affect the launch of the 13.3-inch ThinkPad X1 Fold, which is supposed to launch in mid-2020 with a Lakefield SoC onboard. The ThinkPad X1 Fold is running Windows 10 Pro, but a Windows 10X version was to be launched at a later date.

In other Windows news, Panay confirmed that the Windows 10 May 2020 Update is landing later this month. “In this update, we are going to make some things easier and faster for our customers like introducing a more streamlined way to pair Bluetooth devices in Windows,” he added. “As a team, we are committed to delivering meaningful innovation in ways that matter most to the billion people around the world relying on Windows right now.”

Microsoft issued what is believed to be the final RTM build of the Windows 10 May 2020 Update last week.