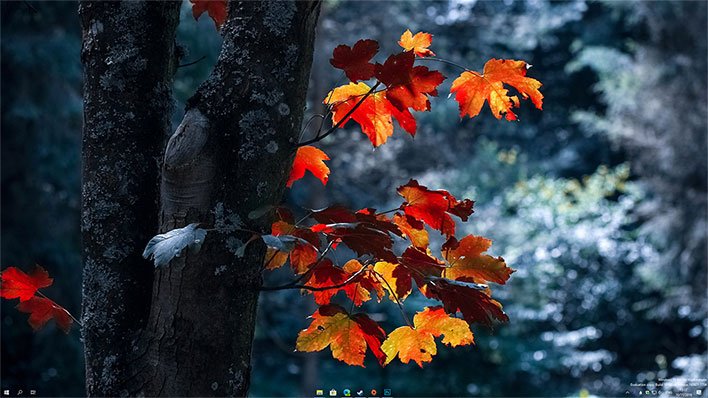 Microsoft is presumably putting the final touches on Windows 10X, a special version of Windows designed for dual-screen devices like the Surface Neo. Some of Windows 10X's colorful design language will probably land on the regular version of Windows 10 as well. While we wait, there are two ways to bring the Windows 10X experience to your PC.
As we outlined earlier this month, one way is to try out the Windows 10X emulator Microsoft recently made available.
"We focused on creating an emulator experience that behaves naturally and adapts to the different device postures. This is an early preview of the experience and you will see updates regularly that follow the same standard Insider builds process," Microsoft said.
If you are interested in going that route, check out Microsoft's document for details on how to download and install the emulator.
The other way to sort of experience Windows 10X right now is to use a third-party application. Here's the thing about Windows 10X—it comes with a taskbar at the bottom of the screen, just like the regular builds of Windows 10, except the icons are centered rather than shoved to the left-hand side. There's also an animation unique to Windows 10X.

As outlined by Windows Latest, you can grab a free application called FalconX to have the same UI arrangement on Windows 10. FalconX lets you center apps and websites in the taskbar, with customization options just a right-click away.
"FalconX will give you an original Windows dock like feel. The icons will move to the center or user given position when an icon gets added or removed from the taskbar. You will be given the option to choose between a variety of different animations and change their speeds," FalconX's developers explain. "The animations can be disabled if you don't like animations and want them to move in an instant. The center position can also be changed to bring your icons more to the left or right based on the center position. Currently all taskbar settings are supported including the vertical taskbar. And Multiple taskbars."
It's a neat application with dozens of animations, which you can adjust the speed or disable entirely. There's also a transparent taskbar option.
Finally, the Windows 10X emulator also showcased a couple of wallpapers that will ship with Windows 10X. You can download the Windows 10X wallpapers from Imgur to complete the look.