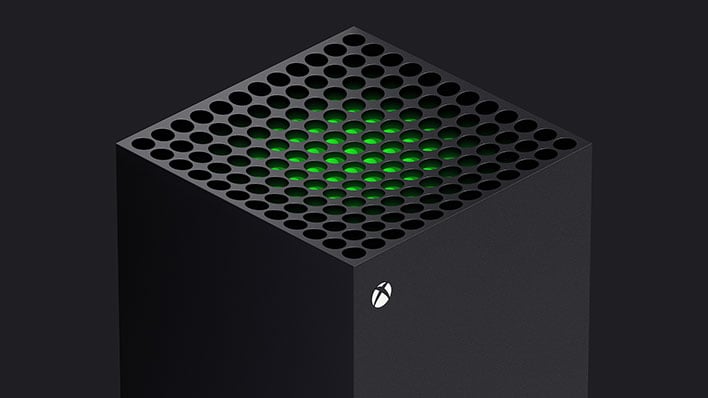 Gamers are in a for a treat this holiday season. Well, multiple treats—on the PC side, new graphics cards are coming, and in the realm of consoles, Sony is preparing its PlayStation 5 and Microsoft is readying its Xbox Series X. But could there be more more consoles to come shortly after? Perhaps so, according to a new leak.
We have already heard chatter about there possibly being a PlayStation 5 Pro in the wings, and we will have to wait and see if any such device materializes. Likewise, recently discovered documents suggest Microsoft could be prepping a lower power Xbox Series X console, for playing games at 1080p or maybe even 1440p for a cheaper price than its 4K-capable brother.

The leaked document references "Lockhart" within the June 2020 release notes for the Xbox Development Kit (XDK). And if you recall, Lockhart is one of two codenames that have been used in conjunction with Microsoft's next-gen console, the other one being "Anaconda."

an Anaconda snake is etched into the Xbox Series X mainboard, so what's going to be eteched into Lockhart? pic.twitter.com/cV7oXoDZmO

Now here is where the plot thickens. There is an Anaconda etched onto the motherboard inside the Xbox Series X. This suggests the upcoming console is not the Lockhart variant, which has previously been attached to rumors of a disc-less Xbox Series X.
There is no mention of what the hardware will be like. However, the folks at The Verge say they heard from "sources familiar with Microsoft's Xbox plans" that the documentation references a Lockhart mode that is part of the Xbox Series X developer kit, which itself is codenamed Dante. This allows developers to optimize their games for the lower power console, to hit Microsoft's performance target.

The site says it understands the lower power console will run the CPU a little bit slower than what's found in the regular Xbox Series X, and will also have 7.5GB of usable RAM, versus 13.5GB in the regular Xbox Series X. Likewise, GPU performance will be downgraded from 12 teraflops to 4 teraflops. That is a significant difference, and we imagine that would probably rule out ray tracing effects as well.
We are still waiting for Microsoft and Sony to reveal pricing for their respective next-gen consoles, and until they do, it makes speculating about the price of additional consoles all the more trickier.