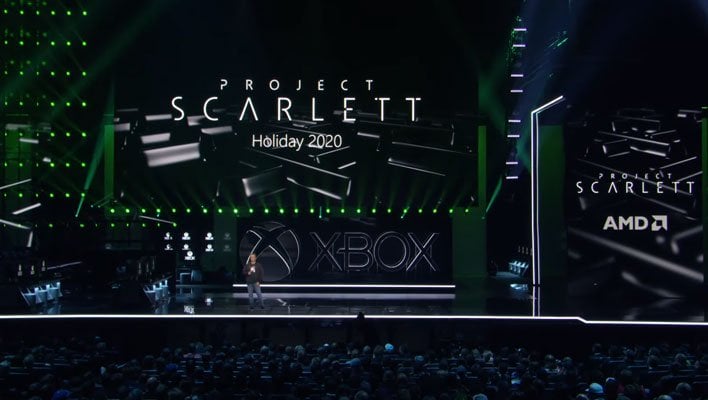 We all know at this point that the next-gen Xbox is in the works, and Microsoft continues to say that the console will be on par with the coming next-gen PlayStation 5. Microsoft says Project Scarlett will set a new bar for console power, speed, and performance. A new report claims that Microsoft is planning at least two versions of the console.

In addition to the standard console, there will reportedly be a second version codenamed Lockhart. Lockhart was thought to have been canceled when Microsoft only announced one Project Scarlett console (Anaconda) in June. Kotaku now reports that the disc-less, digital-only Lockhart console is still in the works.

The real question about the disc-less Lockhart console is how it will be priced. That is a mystery, but what we do know is that Microsoft caught flak for launching the Xbox One S All-digital console with only a slight MSRP discount between it and the normal Xbox One S console. We hope that the lesson means that the disc-less Lockhart console will be significantly cheaper than the Anaconda version.

Rumors claim that Lockhart will have an SSD to reduce load times and promises a faster AMD Ryzen 3000-based CPU. The assumption is that Anaconda will be positioned more like the Xbox One X is today, with Lockhart positioned as the Xbox One S replacement. Reports indicate Anaconda is aiming at supporting 4K resolution and 60 fps with Lockhart supporting 1440p at 60 fps. Microsoft remains mum on any official details stating it doesn't comment on rumors and speculation.