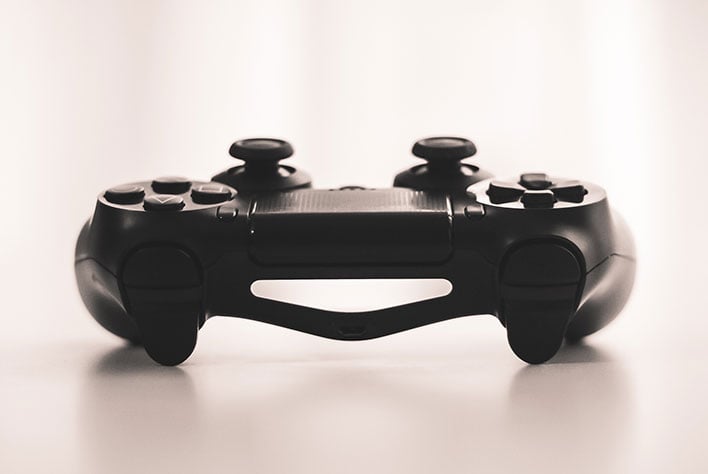 Sony and Microsoft are on their way to a showdown in the next-generation console wars, the former with its PlayStation 5 and the latter with its Xbox Series X. From everything we know to this point, these will be similar systems—both will sport custom AMD silicon based on its Zen 2 CPU and Navi GPU architectures, and both will wield a solid state drive (SSD) for storage. But which one will be more powerful? Perhaps neither of them. Say what?
Rumor has it Sony will not just be launching a PS5 during the holiday season, but might also release a faster, more powerful PlayStation 5 Pro model at the same time. Just as the PlayStation 4 Pro is a faster and more capable version of the PlayStation 4, the PS5 Pro would essentially be an upgraded version of the PS5. What would be unusual, though, is launching both models simultaneously, if that comes to pass.
Be that as it may, NeoGAF forum user VFXVeteran says that is a possibility. This is not a random user—they've been vetted by the site as an "industry professional" in some capacity. According to VFXVeteran, Sony and Microsoft will both launch two consoles, with the Xbox Series X being Microsoft's flagship model and the PS5 Pro being Sony's.

"XSX that was released yesterday is the top end one. 12 TFLOPS There will be a base Xbox Series X that is slower than that one. Sony is releasing 2 PS models. The base PS5 is 9 TFLOPs . Their other one is also top of the line to compete with XSX top dog. This all makes sense now as to why people are getting mixed numbers for each of the platforms. I also heard that the top of the line models will be expensive. No pricing but I would guess around $600," VFXVeteran said.
The post was made a day after Microsoft touted the Xbox Series X as pushing 12 TFLOPS of graphics power from the GPU (not the GPU and CPU combined). It's difficult to discern a whole lot based on TFLOPS alone, but since we know the console will be equipped with a second-generation version of Navi, we can reasonably estimate it will be faster than a Radeon RX 5700 XT, and perhaps on par with a GeForce RTX 2080.
Take those comparisons with a grain of salt—we have no idea how AMD's real-time ray tracing hardware will fare compared to NVIDIA's RT cores, and the true test will be when these consoles actually launch. However, the idea of a PS5 Pro debuting this year is certainly intriguing.
An interesting side note is that Microsoft's Phil Spencer had previously said the Xbox Series X "will not be out of position on power or price" compared to Sony's console(s). If a PS5 Pro comes to fruition in 2020, it will be interesting to see if that statement still holds true.