A new patent has turned up from Sony that shows the console maker is working on an AI assistant that could coach gamers. With the PlayStation 5 set to launch this holiday season, the technology that Sony outlines in this patent could possibly turn up in the next-generation game console. The title of the patent is "In-Game Resource Surfacing Platform." The patent describes methods of providing gamers with contextually relevant in-game resources when they're in need of help during game play. 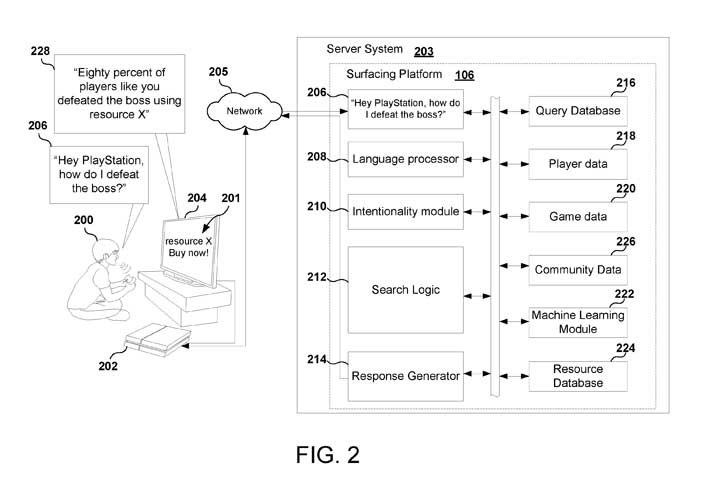 The main image in the patent, seen above, shows a gamer asking the game console how to defeat a boss character in a video game. The AI captures the spoken word, sends it to the cloud, processes it, determines the intent of the gamer, and then tells the gamer what other successful players have used, essentially calling upon the wisdom of the cloud. The console comes back with a response that says, "80 percent of players like you defeated the boss using resource X." On the screen, the patent appears to show an offered link to buy the resource to defeat the boss. Some may see this as cheating, while others see it as no different than Googling tips for your favorite video game. 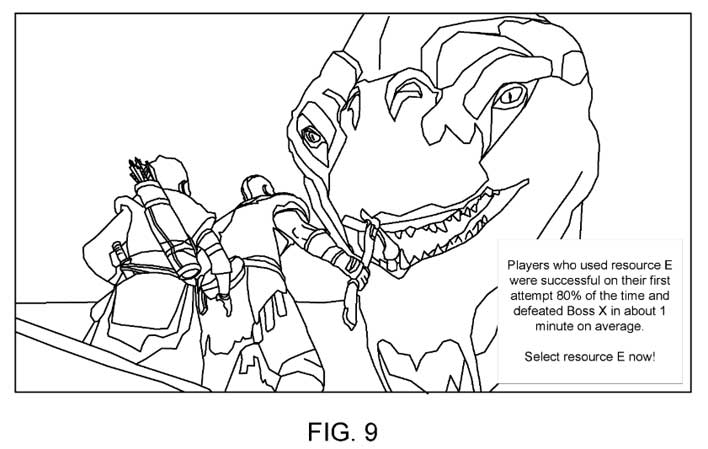 Many gamers loath games that allow players to pay for an edge that can help them win in the game ,and may see this system as a pay-to-win scheme. Sony says that players generally rely on a combination of trial and error, guesswork, and research like asking friends or Internet searches to defeat difficult characters in the game. It says that there is a "disconnect" between players and resources available to them within a game.

What Sony says it's trying to do is prevent players from becoming frustrated with repeated failures to accomplish an objective in game and quitting the game without experiencing the "totality" of what the game wants to offer. Sony says to prevent that, its system aims to match players with the resources that are most likely to help them succeed. It appears Sony is willing to walk this fine line by offering suggestions and then offering to allow the player to purchase what the AI assistant suggests. However, once you lose the trust of gamers, it's very hard to gain it back, so it's possible Sony is playing with fire here.

In other PlayStation 5 news, not long ago the Sony Japan web page showed an icon that appeared to confirm what the PS5 looked like.