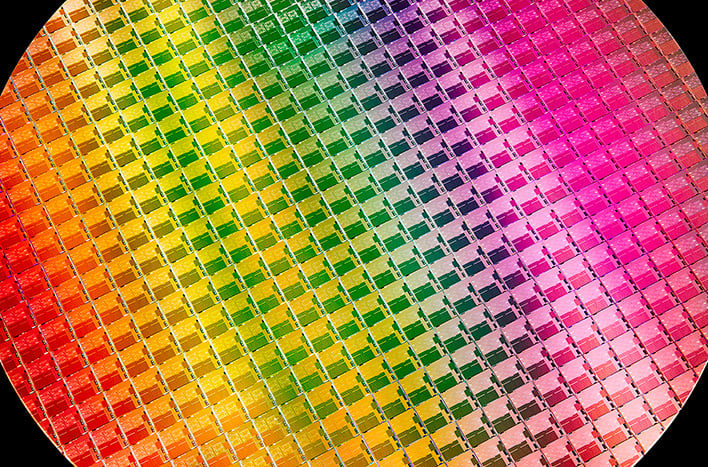 As we approach the launch of Intel's 11th generation Core "Rocket Lake" processors, one of the lingering questions is, will it finally deliver PCI Express 4.0 support to consumer platforms? Leaks and rumors have suggested the answer is 'yes', and if you want one more to add to the pile, just head over to the SiSoftware Official Live Ranker website.
As spotted by prominent leaker APISAK on Twitter, there is a new Rocket Lake-S client platform listing that shows a PCIe 4.0 SSD being used in the test system. It is an unidentified 1TB capacity model, but while there is no mention of the drive's manufacturer, the listing definitely recognizes it as an NVMe SSD based on PCIe 4.0.
Have a look...

This sure seems like the biggest indication yet that Rocket Lake-S will usher in support for PCIe 4.0, bringing parity in that regard to AMD's X570 and B550 chipsets for its third-generation Ryzen processors. My only hesitation in going all-in, however, is not knowing exactly how SANDRA is pulling its information from the leaked system.
I'm not quite sure if plopping a PCIe 4.0 SSD into a PCIe 3.0 test bed would have the drive still be recognized as PCIe 4.0. If anybody knows for sure, feel free to clarify in the comments section below (and even if not, we always welcome a conversation!).
In the listing above, the SSD posted a "score" of 1,192.11MB/s and 44,999.6 IOPS. And if clicking through to the individual results, it shows the following...
Take from all that what you will. Regardless, it would not be a shock at this point if Rocket Lake-S arrived with support for PCIe 4.0. This has been leaked before, and making the leap would remove a bragging point owned by AMD currently.
Intel needs all of the incentive it can offer to consumers, given its chip troubles. On the desktop, the company is still stuck on 14nm (albeit a refined node), and won't be shipping any 10nm desktop CPUs until the second half of next year (Alder Lake). And looking even further, Intel's 7nm plans have been pushed back another six months (making it a one-year delay) because of a defect.
There is also the reality that Zen 3 is right around the corner. Will Rocket Lake-S offer enough in terms of performance and features (including PCIe 4.0) to sway people to choose an Intel platform over an AMD one? We'll have to wait and see.