AMD’s Ryzen 3000 family of processors has been around since July 2019, and at the time included the Ryzen 5 3600 at the low-end and the Ryzen 9 3900X at the top of the heap (which was later eclipsed by the Ryzen 9 3950X). Today, AMD is expanding its lineup at the entry-level position with two new desktop processors, along with a new value-focused motherboard chipset.

Starting off with the processors, AMD has announced the Ryzen 3 3100 and the Ryzen 3 3300X, both of which are based on 7nm Zen 2 microarchitecture. AMD is really gunning for Intel in the budget sector, as both of these processors include 4 cores with SMT enabled, meaning that they can execute 8 threads. The Ryzen 3 3100 has a base clock of 3.6GHz and a boost clock of 3.9GHz, along with 18MB total cache and a TDP of 65 watts. The Ryzen 3 3300X differs primarily with base/boost clocks of 3.8GHz and 4.3GHz respectively.

In addition to the new processors, AMD has introduced the B550 chipset, which we’ve talked about on a few occasions here at HotHardware. As expected, B550 motherboards feature the AM4 socket along with limited support for the PCIe 4.0 interface. While you can use PCIe 4.0 graphics cards (like the Radeon RX 5700 XT) and PCIe 4.0 SSDs at full-speed, chipset uplink and general-purpose lanes are limited to PCIe 3.0 speeds. However, given the budget-oriented positioning of the B550 chipset, we can’t imagine that this will be much of an issue. According to AMD, B550 motherboards from its partners like ASUS, Gigabyte, MSI and Biostar will be available initially on June 16th.

“AMD is committed to providing solutions that meet and exceed those demands for all levels of computing,” said Saeid Moshkelani, SVP and GM of AMD’s client business unit. “With the addition of these new Ryzen 3 desktop processors we are continuing this commitment with our mainstream gaming customers. We’ve taken performance up a level, doubling the processing threads of our Ryzen 3 processors to propel gaming and multitasking experiences to new heights.” 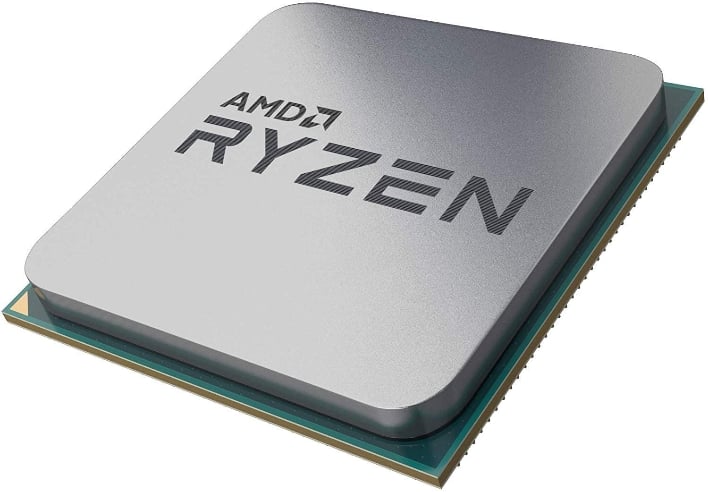 At this point, it’s unclear how these chips will stack up to Intel’s incoming range of Comet Lake-based Core i3 processors. Although we’ve seen specs and benchmark leaks for these processors, Intel has yet to officially announce them. With that being said, AMD has already shown its hand with respect to pricing, so we’ll be eager to get chips from both factions in our workshop for a true performance/value comparison.

In other AMD news, the company is now shipping a revised Ryzen 3 1200 AF processor based on Zen+ architecture with better performance at the same price.