Grand Theft Auto V is notable for all kinds of reasons. It's the most expensive video game ever made, and also one of the very most successful, by any measure. It sold so well that Rockstar kept the online service for the 7th-generation (PS3 and Xbox 360) releases of the game going from release in 2013 until late last year. It had moved over 150 million copies as of last August, in fact.


That number has surely gone up since then, and it's probably going to continue going up for years to come thanks to the updated re-release that's now available on the PlayStation 5 and Xbox Series consoles. We've already written about what's included in the re-release, but the short version is that it adds higher-quality assets, ray-traced lighting, and 60 FPS options to the exclusively-30-FPS console releases. 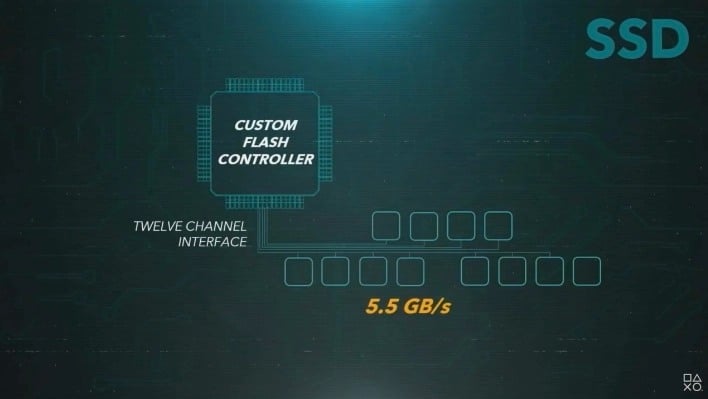 Unfortunately, another notable aspect of GTA V is its interminable loading times, especially on the consoles. Well, arguably the biggest change this console generation has been the move to solid-state storage instead of the spinning rust used previously. Both families of 9th-generation game consoles support disk I/O tens of thousands of times faster than the 8th-generation consoles.


Naturally the new release of GTA V reaps the benefits of that in its load times. Over at IGN, they put the new release through its paces and found that load times are drastically improved across the board. Selecting "replay mission" can find load times as much as 75% faster on the new system, while loading autosaves was slashed from over two minutes to around 20 seconds on Sony's latest machine. 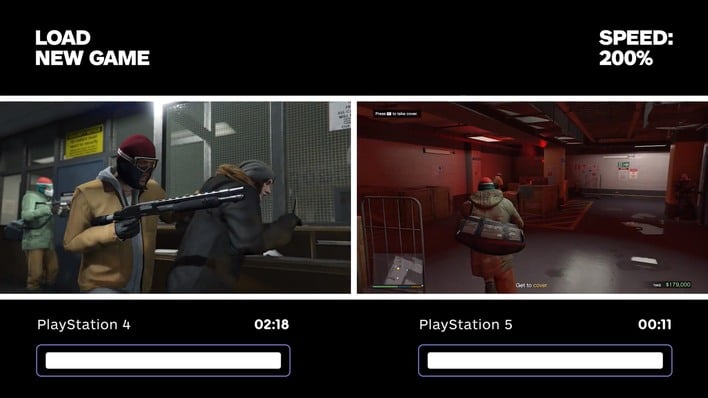 As showcased in IGN's video, the difference upon starting a new game is even more mind-blowing. On the PlayStation 4, it took 2 minutes and 18 seconds to load from the menu to the new-game heist sequence. Performing the same operation on the PlayStation 5 took just eleven seconds. The player was able to get halfway through the mission on the PS5 by the time the older system finished loading.

We feel it's likely that this enormous improvement isn't merely the work of the fancy SSD, but also that of the PS5's potent Zen 2 CPU cores as well as some software optimizations. Players of GTA Online may recall that an enterprising developer found a simple optimization (arguably, a bugfix) that slashed loading times by 75%. Rockstar even paid out a bug bounty to the developer.

We still haven't heard back from Rockstar on when or if these improvements will be finding their way to the PC version of the game, nor whether there will be a charge for the update if they do. It seems likely that Rockstar is gauging the playerbase's reaction to such a thing. You can pick up the refreshed release on PS5 for $10 right now, or on Xbox Series X|S for $20, but both prices will rise to $40 after three months, so get while the getting's good if you're not willing to wait a few years for GTA 6.