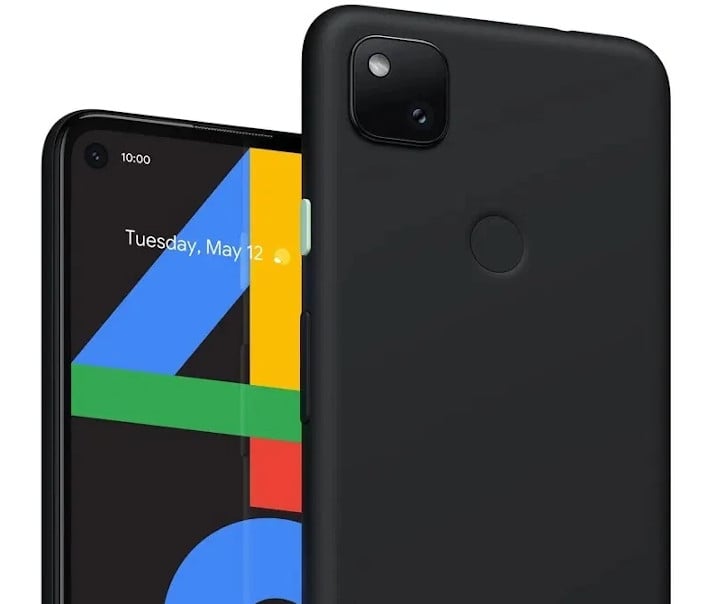 The anticipation has been building towards the release of the Pixel 4a for months, and every time that we get closer to a [expected] release, nothing happens. The latest tease comes from Google itself, as it has leaked a previously unseen image of the Pixel 4a at its online store.

The high-quality render doesn't show the entirety of the phone, but we can see enough (the upper half) from the front and back. The image of the back confirms the single primary camera and LED flash within a much larger square pod, along with an optical fingerprint sensor. On the front, we can spy a selfie camera nestled with a cutout in the upper left-hand side of the display. Also visible are relatively thin display bezels, which is a departure from the Pixel 4a.

One other interesting thing of note is what's actually pictured on the display. Take a look at the date: it says May 12th. It’s highly likely that Google planned to introduce the smartphone earlier this year at Google I/O. And as you recall, Google I/O was scheduled to run from May 12th through May 14th, which confirms this suspicion.

Why it has taken Google this long to actually release the Pixel 4a -- even in the face of COVID-19 -- remains a mystery, although it's been speculated that Google has been testing "market conditions" before getting it into the hands of customers.

As for the device itself, it's rumored to feature a 5.81-inch FHD+ OLED display, Qualcomm Snapdragon 730 SoC, 6GB of RAM, and a 3,140 mAh battery. There was also a report late last week that suggested that there will be a Pixel 4a (5G), codenamed Bramble, which will feature a Snapdragon 765G SoC with integrated Snapdragon X52 5G modem.

With that being said, there's a highly likelihood that the Pixel 4a will debut with a $349 price tag, making it $50 less than its [now discontinued] predecessor.