When it comes to Google's family of hardware products, everything can and will be leaked at some point prior to launch. Last year's Pixel 4 was leaked so far in advance that Google made light of the situation by providing an official render of the device that confirmed the previous leaks.

Today, it's time for Google's 2020 family of smartphones to get the leak treatment, and this source is Google's own software. In this case, the leak comes from the Google Search app, which includes references to some interesting unreleased products.

The folks from 9to5Google uncovered not only the expected Pixel 4a and Pixel 5, but also the Pixel 4a (5G). If the leak is accurate, the Pixel 4a (5G) would likely be using the Qualcomm Snapdragon 765G SoC, which includes an integrated Snapdragon X52 5G modem. Interestingly enough, that's also the same processor that's tipped for the "flagship" Pixel 5. 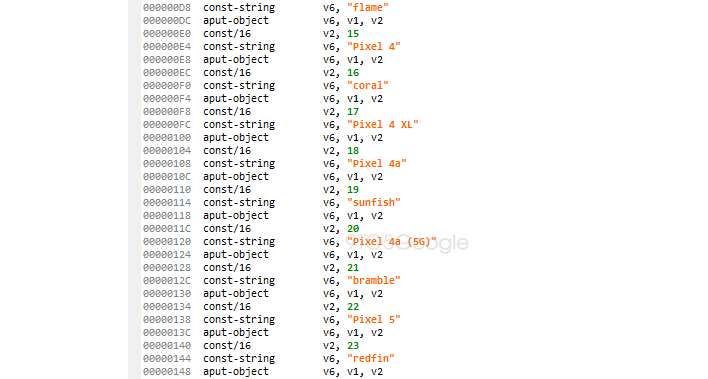 But if the devices use the same SoC, that would leave Google in the predicament of having to further differentiate between its mid-range and flagship models. If previous generations are used as guidance, we could likely still see Google limit storage capacities, include a smaller batter, skimp out on the amount of RAM, and use a cheaper plastic body shell instead of a metal enclosure for the Pixel 4a/Pixel 4a (5G). There's also the outside possibility that Google could use the newly announced Snapdragon 690 5G SoC.

One other interesting bit of info gleaned from the Google Search app is what was missing. There was absolutely no mention of a Pixel 5 XL, which is somewhat surprising as there has always been an "XL" version of its flagship Pixel smartphone available. With their bigger screens, they've also been a popular option with customers. While all of this is pure speculation at this point, it's possible that in another effort to trim costs and streamline production, Google is looking to go with one screen size as it's reportedly doing with the Pixel 4a.