You started your day with some French Toast Crunch, you've stocked up the fridge with Surge, and you've got four controllers. Your buddies are on the way, it's time to play Slappers Only, no Oddjob! What year is it? Well it's not 1997! It is 2022 and Microsoft has announced a high-resolution remake of the mega popular first-person shooter Goldeneye 007 for Xbox Game Pass.

While no release date was announced, this came hot on the heels of Nintendo's most recent Nintendo Direct which also announced a re-release of the popular shooter for the N64 Classic Nintendo Switch software. The major difference between the two that we're aware of right now, is that the Switch is enabling Online play, while Microsoft is sticking to couch-play only. That said, historically the Nintendo Switch has been plagued with problems in multiplayer on its networks. Players are sometimes subjected to significant stutter and even complete disconnects.

The Xbox version will have the following features: 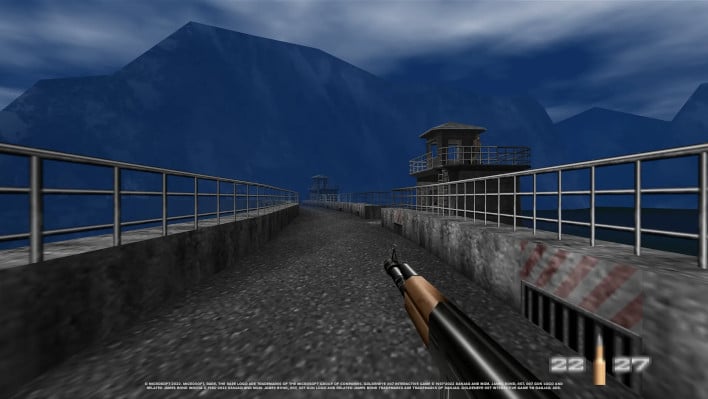 
Ultimately, Microsoft re-releasing the international super spy shooter has been rumored almost ever since they bought Rare Software in 2002. This means some fans of the game have been waiting quite some time for a sequel, remaster, or re-release like this. That's not to say there hasn't been rather solid alternative fan options in the meantime, but the real deal is always preferable. As of right now, it looks like the game will only be released for Xbox One, Xbox Series X|S via GamePass, and for people who have digital copies of Rare Replay. We have high hopes for this re-release, the screenshots look great so far, but we're excited for Nintendo's as well.