Well, it has been years in the making—Microsoft is finally offering a Friends and Family pack to their Xbox Game Pass service. At only €21.99 per month, it is a great value! Package deals like this, by volume, usually save a ton of money if you can find people to share the cost with. If you hadn't noticed though, that is the symbol for Euros. Sorry North America, at the moment the service is only available in the Republic of Ireland and Columbia. Columbia's price is 49,900 COP per month.

Effectively Microsoft seemingly is testing the waters for this service. The service is somewhat similar to the Nintendo Switch Online Services. Nintendo was one of the first to implement sharing console subscription services en masse when it released the online service for Nintendo Switch in 2018. It allows you and up to eight other people to have access to Nintendo Switch Online services, online gaming, and even some classic console access. Sony Plus for PlayStation, and Xbox Live Gold both previously only allowed sharing of services if a subscriber account was signed into a device and that device was allowed usage. 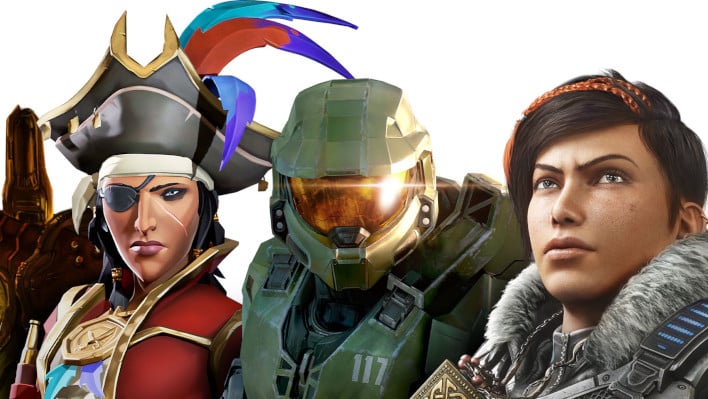 Microsoft's new platform is a little different. It is creating a friends and family share method for Game Pass. This means all participants, you and up to four (4) others can enjoy all the benefits of Game Pass Ultimate. The regular monthly cost of Game Pass Ultimate is roughly €12.99. This brings the price-per-person down to about €4.40 when maximally utilized. Each user would be saving about 66%—that's a big discount.

The benefits of Game Pass Ultimate outweigh Nintendo's pretty heftily even if it covers three fewer people. Game Pass Ultimate includes all of the monthly Games for Xbox Gold as well as dozens of other regularly cycling games that owners have access to so long as the subscription is retained. It also includes the minimum tier of EA Games' own version of a monthly service, EA Play. Xbox Live Gold access for online play is included. Ultimate grants access to games on Windows PCs via the Xbox app and stronger support for PC to Xbox and vice versa play if a game supports cross-play. You even have some access to some cloud gaming features. Lastly, Xbox Game Pass subscribers sometimes get discounts on games purchased through the Xbox platform.

There are, of course, some limits to this service. While you can invite anyone you like to be part of your Game Pass friends and family group, only the holder of the primary account has control to add or remove people. So, if you and your buddy who has been sharing the service have a falling out, you might lose your benefits! Account holders can only invite up to four people simultaneously. The limit on accepted invites maxes out at eight people per year, so you cannot randomly cycle buddies just because they came to hang. A user can only join the same group twice in one year. 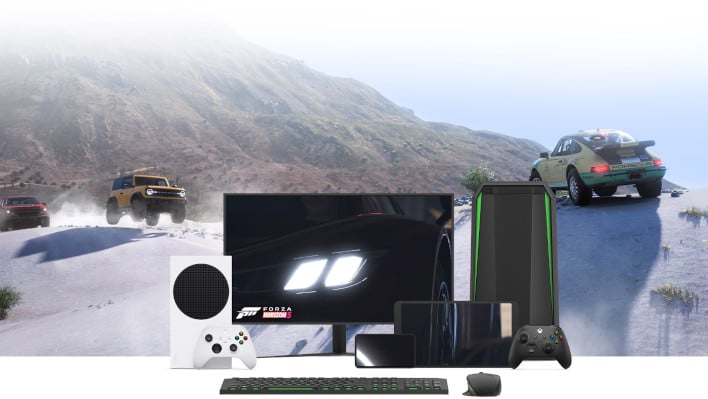 This all sounds like an excellent value to us, though it does seem to exemplify some of the things the UK's regulatory board, the Competitions Market Authority (CMA), is worried about. A good portion of how this service is provided is via cloud services, which does seem to be a big part of the CMA's concern. That said, we're impatiently waiting to share the love with our buddies, especially if it means saving money!