Gaming Monitors At CES 2022 Were Big Buzz, Here Are Some Of The Best

CES 2022 might have had an extremely limited amount of in-person attendance, but there was still a lot of action in the gaming monitor space. In fact, displays geared for gamers probably generated the most buzz at the show, at least among PC enthusiasts and hardcore gamers. Let’s take a look at some of our favorite new gaming monitors revealed at the show... 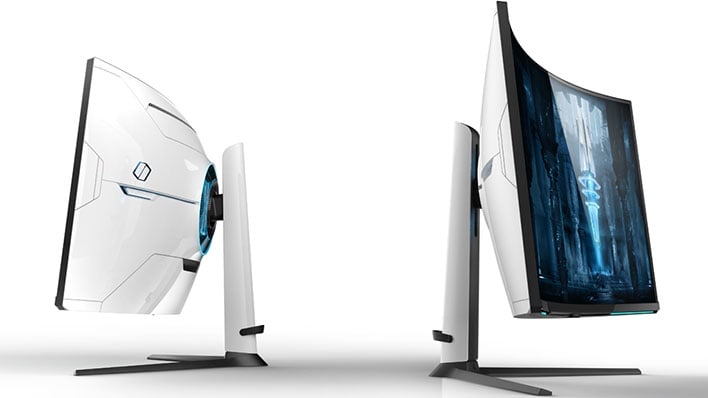 Samsung offers a wide array of monitors, many of which are rather impressive, but the new Odyssey Neo G8 is next-level. It offers 4K resolution at a screaming 240Hz refresh rate, with a curved display for terrific immersion in your game. This monitor uses mini LED technology, giving it a higher peak brightness level and precisely targeted illumination as well. Combine that with local dimming, and you’ve got those rich dark backgrounds without any halo effect from the brighter foregrounds.

What gamers will truly love, though, is the 1ms response time, in conjunction with that high refresh rate, and the compatibility with both AMD’s FreeSync Premium Pro tech and NVIDIA’s G-SYNC.

Samsung’s Other Odyssey, the Ark 55 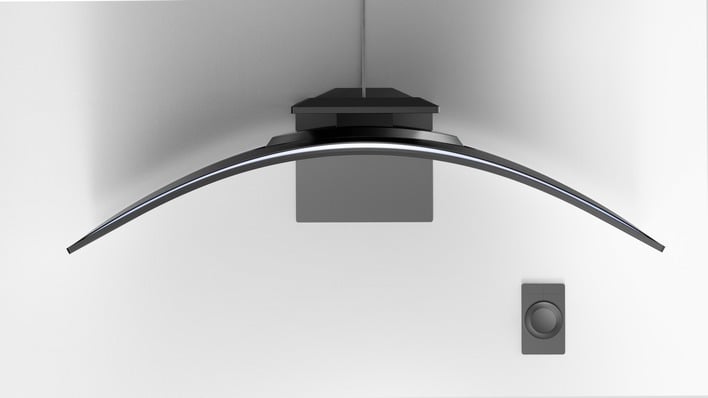 The Odyssey Neo G8 wasn’t the only gaming monitor Samsung introduced. For those who say bigger is always better, the Samsung Odyssey Ark 55 is definitely drool-worthy. It boasts a 55-inch curved display using mini LED technology with a 4K resolution.

Unfortunately, that’s pretty much all we know about the gigantic display so far. It’s one of the first to use the Korean tech giant’s “Quantum Mini LED” technology, so we’ll just have to wait for more information, assuming Samsung eventually brings it to market.

A New Gaming Display from the Republic of Gamers 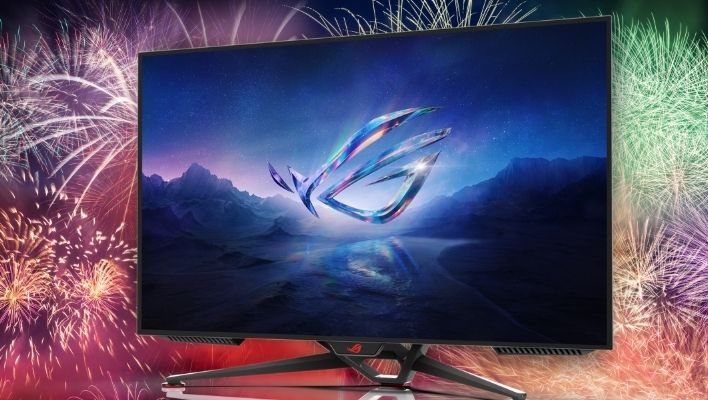 ASUS ROG showed up in style, too. The company announced a number of new displays geared towards gaming, from 42 inches to 48 inches. The new Swift OLED monitors have a micro-texture coating that reduces glare and improves color precision. They all support HDMI 2.1 FRL, and also sport 4K native resolutions at 120Hz refresh rates, but that’s not all.

Next up is Alienware. This company has always been a big name for gamers, and its latest lineup is sure to please. The Dell-owned company announced the world’s first quantum dot OLED monitor by way of the Alienware 34 QD-OLED (AW3423DW).

The newest addition to Alienware’s gaming display catalog provides a 4K resolution and a 175Hz refresh rate over DisplayPort. Those on HDMI will experience a slightly slower refresh rate of 100Hz. Our only beef is that it doesn’t support HDMI 2.1. 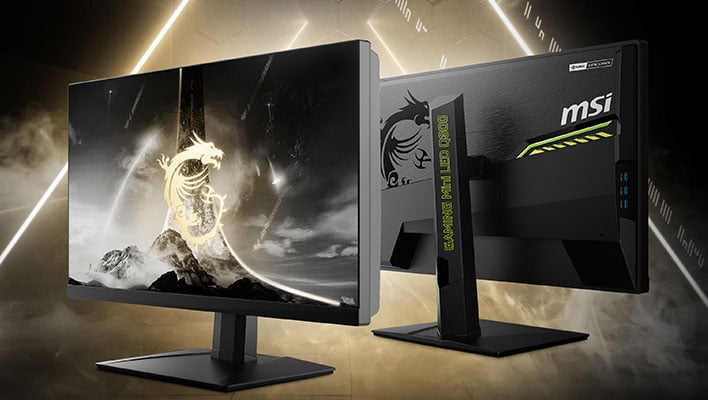 Not to be outdone, MSI offered up the Meg 271Q Mini LED monitor, a 27-inch display that’s a first in its size class. The monitor clocks in with a monstrous 300Hz refresh rate at 2560x1440 resolution.

Once again, there are few final specs available yet. What we do know is that the 271Q is DisplayHDR 1000 certified, meaning it can hit brightness levels of at least 1,000 nits. It also has more than 500 local dimming zones, to reduce blooming and enhance contrast.

ViewSonic’s In the Game, Too 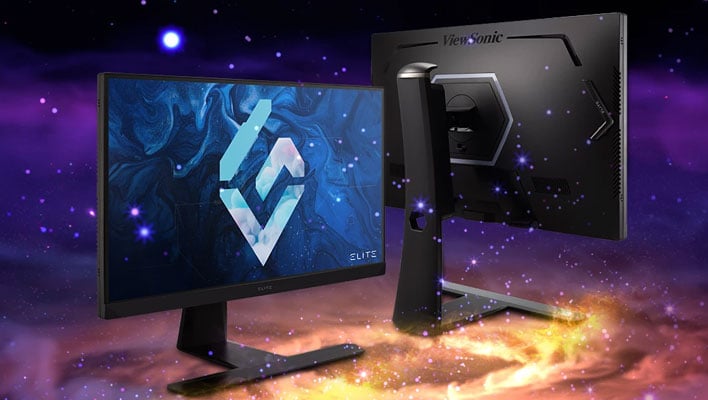 Last, but definitely not least, is a ViewSonic gaming monitor bright enough to seer your retinas. Using mini LED technology, the new ViewSonic Elite XG321UG can hit peak brightness levels up to 1,400 nits. The monitor also supports full array local dimming with 1,152 independently-controlled zones, which should all but eliminate blooming.

The 32-inch IPS panel provides 4K resolution and a 144Hz refresh rate, along with a low 3ms response time. It supports both NVIDIA G-Sync and Reflex GPU technologies.

These are the highlights of what we saw in terms of gaming displays at CES 2022. Some of these will be available for sale soon, while others are set to arrive a bit later in the year. You might not be able to get the latest and greatest GPU for a while yet, but at least your monitor will make the most of it when you do.