Destiny 2 players are likely familiar with the game’s annual events. Events such as the Dawning, Guardian Games, and Solstice of Heroes offer new challenges and loot each year. The purpose of these events is to engage the player base. However, many players are indifferent or burnt out on these repetitive events. This was especially evident in the Destiny 2 community’s lack of interest in completing the Dawning quests. What can Bungie do to engage players? Here is what we think are the current issues with Destiny 2 annual events and how we think they could be improved. The Solstice of Heroes offers a prime example.

Destiny 2 Loot And Activities Need To Be Worth The Grind

What makes a good annual event? First, a seasonal event needs to offer worthwhile loot as the main draw of such events like Solstice of Heroes is the armor and weapons. Guardians will receive the Legendary Shotgun Compass Rose after completing the initial Solstice of Heroes questline. Additional rolls on this weapon, as well as the opportunity to receive Rare and Legendary Gear and other materials like Legendary Shards, are acquired through Solstice Packages. Solstice Packages can be found in the European Aerial Zone (EAZ) and by completing playlist activities. These Packages can only be opened with Solstice Key Fragments which must also be acquired by completing activities in the game. Compass Rose is a bit underwhelming, especially given that Destiny 2 shotguns just received a nerf. Rare and Legendary gear and other materials can be earned in a variety of ways that do not involve ever opening a Solstice Package or heading into the EAZ.

Guardians will therefore most likely be interested in earning the Solstice of Heroes armor. Guardians are first gifted a “Renewed” armor set that they can upgrade by completing various objectives. They can eventually earn the “Majestic” armor set and then the “Magnificent” armor set. Guardians can make their Magnificent armor emit a white glow by completing even more objectives. They can also purchase Eververse glows to get Universal Ornaments and to make their glows reflect the color of their equipped subclass. It is important to note though that these items require quite a bit of grinding to complete.

This brings us to our second point-- the grind for such items needs to be fun and feel “worth it.” For example, Warlocks will need to Complete Blind Well in the Dreaming City or Wrathborn Hunts multiple times to help upgrade their chest piece. We personally chose to do Wrathborn Hunts as it can be difficult to find others to participate in the Blind Well. It took five Wrathborn Hunts to fulfill this requirement. Not only are Wrathborn Hunts a bit of an outdated activity, but most would agree that they were some of the most underwhelming seasonal content that Destiny has offered players this past year. 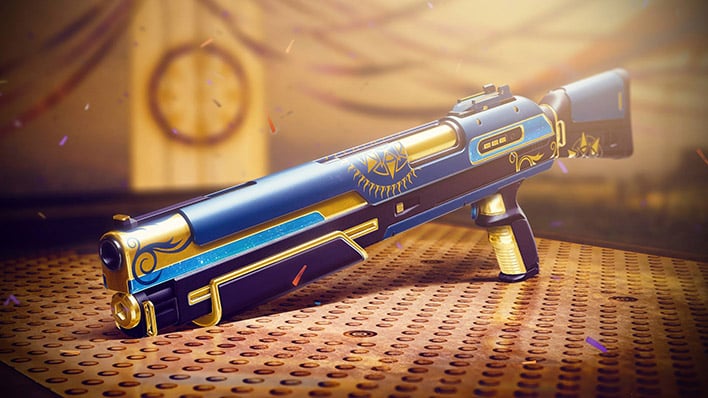 Third, event activities need to be engaging and Guardians should be motivated to complete them. This is especially necessary as events are supposed to be available to all players regardless of their Power Level or whether they have purchased expansions or season passes. For example, Warlocks will need to complete at least one run through the EAZ to upgrade their Renewed armor set. However, there are few enemies in the EAZ and the armor set requires the Guardian to also complete Lost Sectors and defeat Guardians. This means that Guardians will not be able to upgrade their armor set through EAZ runs alone. Solstice Packages are not difficult to earn through playlist activities and do not provide great loot. Guardians therefore have little motivation to visit the EAZ more than necessary.

Last but not least, seasonal events should feel fresh and exciting. Solstice of Heroes 2021 is not fundamentally different from the Solstice of Heroes 2020 or 2019. The EAZ and overall concept has been recycled multiple times and most players are burnt out from it. We know that Bungie has a lot on their plate, especially given the current health crisis. They are continuously working on expansions, seasons, and other content and events such as Solstice of Heroes are likely a low priority. However, events are supposed to infuse some fun and variety into a season and engage all players. We find that most of the game’s events require too much grinding, are too repetitive, and offer too little interesting loot. We should feel eager to jump into the annual events. 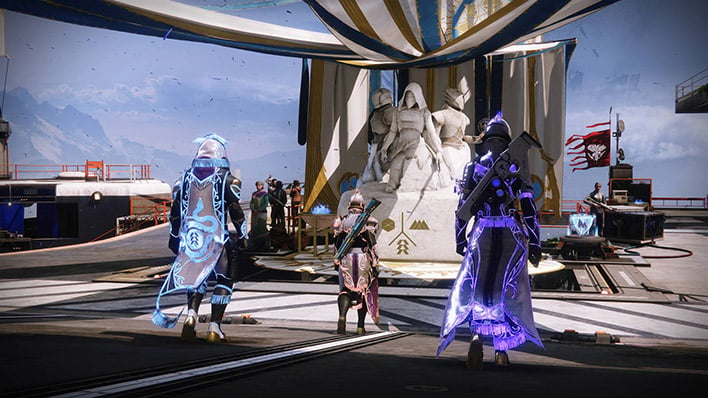 Suggestions For How To Improve Destiny 2 Annual Events

We are not video game developers nor do we know what kind of resources that are available to Bungie. Nevertheless, we have some suggestions about the ways in which events could be more engaging.

If there must be a grind, make it a grind of the existing activities. The EAZ and related activities just simply add another place, another mechanic, and another currency in a game that is already bursting with those features. We would personally rather skip out on completing challenges like collecting 50 Solstice Key Fragments or earning twenty elemental power buffs and instead concentrate on what is already in the game. We would rather focus on something like completing Strikes than on how many elemental orbs we are collecting. Some of the Solstice of Heroes challenges can be completed while earning Pinnacle and Powerful gear. However, we found we needed to go off into areas like the Trostland in the EAZ to avoid competing with others for challenges like killing 200 enemies with Arc weapons.

We would prefer to spend a few hours working on earning an Exotic or a unique Legendary weapon through a questline than on chasing down enemies in the EAZ or hoarding Solstice Packages. We understand that multiple exotic weapon quests are likely not possible during a season. However, it would be nice to receive a unique roll on a Legendary weapon. Perhaps the weapon could include a perk that is not usually included on that weapon type. This could be a similar system to the existing Legendary pursuit weapons but could only be earned during the limited-time events.

What do you think? What would you like to see in Destiny 2 seasonal events? Let us know in the comments below?