Intel sells a variety of processors with myriad letters stuck to the end. You're probably familiar with the K-series overclockable CPUs, but what about the -T SKUs? These chips have lower power limits and clock rates, and typically don't see a lot of leaks because they aren't usually as interesting to enthusiasts. However, today we've got a leak of just such a processor, a supposed Core i7-13700T. 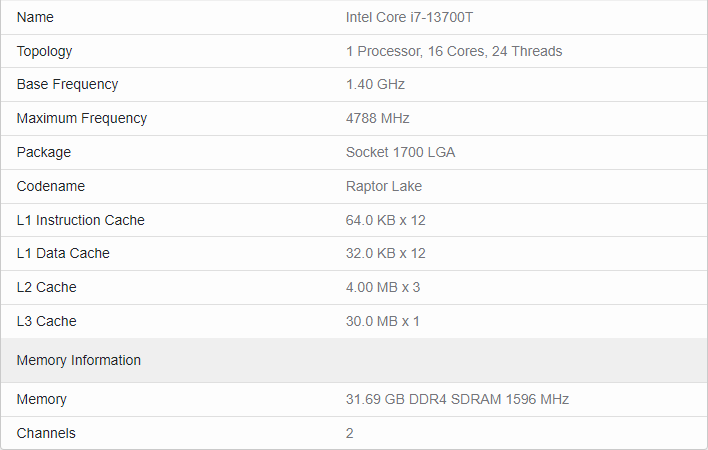 This chip sports eight P-cores and eight E-cores, the same configuration as the Core i9-12900K. Of course, the big differences are that this 13th-generation chip has a few architectural changes—most notably a big bump in L2 cache—and that it's limited to a 35W power limit, which goes a long way to explain the poor multi-core performance.

That might seem to be an excessively harsh power limit for a processor family rumored to draw up to 350 watts at maximum, but of course, this chip will scale well above 35W if necessary. Intel's processors use a value known as "PL2" for their short-term boost power limit, and the PL2 on the previous-generation Core i7-T part was 99W. 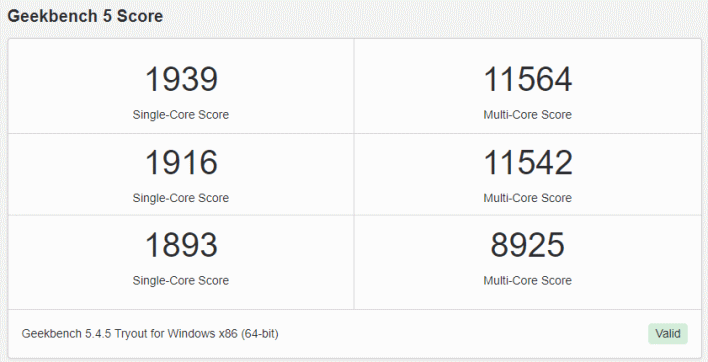 
The leaked Core i7-13700T puts the hurt on Alder Lake chips in single-threaded performance, but punches well below its core count in multi-threaded, with the results coming in slightly behind a ten-core Core i5-12600K. That chip is down fully six cores compared to the leaked CPU, but of course it enjoys drastically higher power limits.

On the Ryzen side of things, the single-core score is unmatched by any extant Zen processor, but that's no surprise as Intel's current offerings are very strong in Geekbench as well. On the multi-core side, the Core i7-13700T skates past the Ryzen 7 5800X—impressive in the context that it's only a "35W" CPU, but if you consider that it's a 16-core CPU barely beating an 8-core CPU, things don't look as rosy. It's not as if the Ryzen 7 5800X is a heat monster, either. 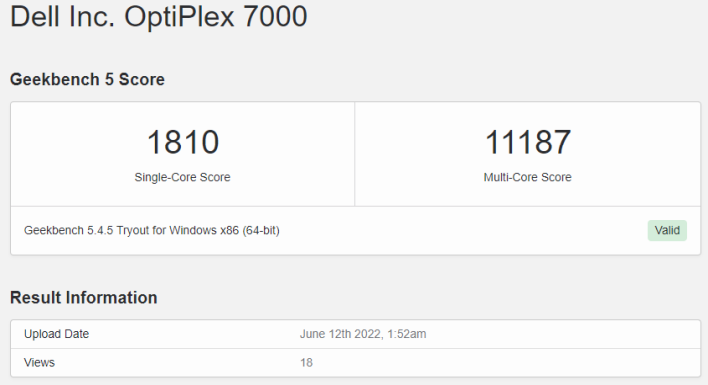 Screenshot of this Geekbench 5 result.


Geekbench is fairly representative of a lot of different types of workloads because it's a benchmark that is known to favor bursty CPUs with high single-threaded performance; this is part of why Apple's CPUs do so well on it. Even considering the relatively low power limits set on the processor, these Core i7-13700T scores are a bit low. We see rather similar-looking scores coming from machines equipped with Core i7-12700T processors, like the above result from a Dell Optiplex machine.

Of course, there's a ton of variance in the Core i7-12700T's results, and you can even see that variance in the three results we have for this chip. Maybe chalk the results up to heat limits instead of power limits, as it's not like OEM systems are known for their robust cooling. It's also possible that a pre-release BIOS has something to do with the matter. Whatever the case, it will be illuminating to see how one of these Raptor Lake-T chips behaves in an enthusiast system.