Google recently launched its Pixel 5a mid-range 5G smartphone a few weeks ago, but the company isn't done yet. It still has to release the flagship Pixel 6 and Pixel 6 Pro, the flag bearers for the upcoming Android 12 operating system.

Although Google previously showed us slick renders of the Pixel 6 and Pixel 6 Pro, it has posted a quick teaser video showing some brief glimpses of the phones being used in the real world. The fast-paced video is looking to appeal to young adults constantly on the move, as it asks, "What if your phone saw you for who you are?" It goes on to say that the Pixel 6 is constantly "learning, evolving and adapting" to your needs.

We should also mention that Google's official Instagram account posted an image of the Pixel 6 with numerous "Material You" Android 12 widgets. Android Police points out that the clock widgets shown in the image are dialed in for Tuesday, October 19th. That could very well be the official launch date for the Pixel 6 and Pixel 6 Pro thrown in as an Easter egg by Google. Previous reporting had suggested that the phones wouldn't debut until October 28th.

When Google first announced the Pixel 6 and Pixel 6 Pro, it revealed that they would be powered by its custom Tensor SoC, which Samsung is manufacturing. Although Google didn't go into great detail about Tensor, rumors have suggested that it could be based partly on Samsung's upcoming Exynos 2200 5G SoC incorporating AMD RDNA 2 technology. Google is also using a custom ISP to maintain the stellar image quality that we've come to expect from Pixel smartphones. 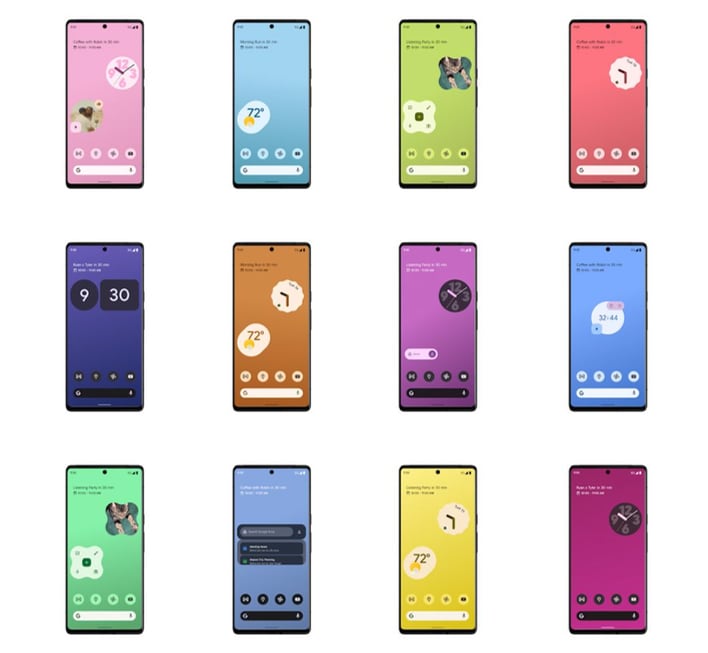 While the Pixel 5a 5G is relatively affordable with a price tag of $449, we expect that the Pixel 6 family could easily double that price. Google hardware boss Rick Osterloh confirmed in August that "It will certainly be a premium-priced product."