BECOME A PATRON
Updated 9/8/2020 @ 2:15pm EST
Apple's event has been updated with the title "Time Flies" which sees to suggest that this event will solely be about the Apple Watch Series 6, and perhaps the iPad Air 4. The original story continues below:

We finally have an announcement date for Apple’s fall lineup of devices: September 15th. The event will take place exactly one week from today and will be livestreamed starting at 1pm EST. Apple typically announces its new iPhones earlier in September, but the COVID-19 pandemic threw a monkey wrench into those plans by delaying production and testing of certain critical components.

Unfortunately, Apple isn’t providing many details on what it will be announcing (as is typically the case), but thankfully we already have a pretty good idea of what to expect. The most important products to be announced will be the iPhone 12/iPhone 12 Pro. All of the iPhones will have A14 Bionic SoCs, OLED displays, and 5G connectivity. There’s some uncertainty, however, as to which models will include mmWave support. The most recent reporting suggests that only the iPhone 12 Pro Max will have mmWave support. 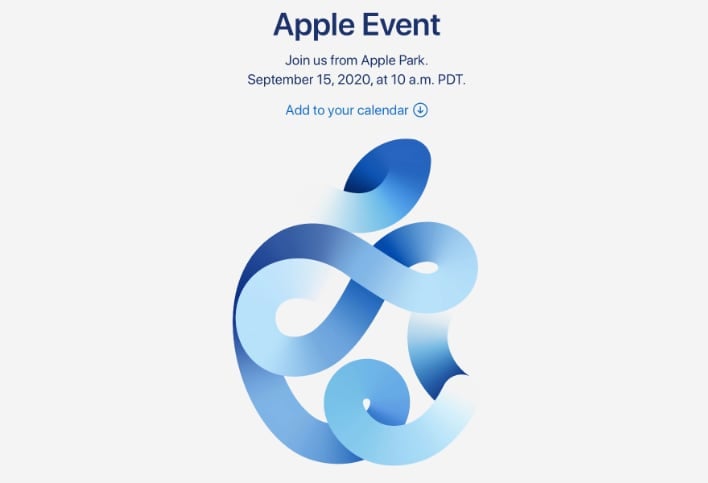 Apple is also rumored to launch the iPad Air 4, which will look like a budget version of the iPad Pro. While it won’t have a traditional Home button for biometric authentication, it also reportedly won’t have Face ID. To get around this, Apple is rumored to have incorporated Touch ID into the power button mounted at the top of the tablet – a first for the company.

Other devices reportedly on deck for next week’s even include the Apple Watch Series 6 with a blood oxygen sensor and a cheaper model to replace the entry-level Apple Watch Series 3. It’s also likely that there will be new AirPods introduced and the long-rumored AirTags Bluetooth trackers. An even more “out there” rumor suggests that Apple might actually launch a version of the previously abandoned AirPower wireless charger.