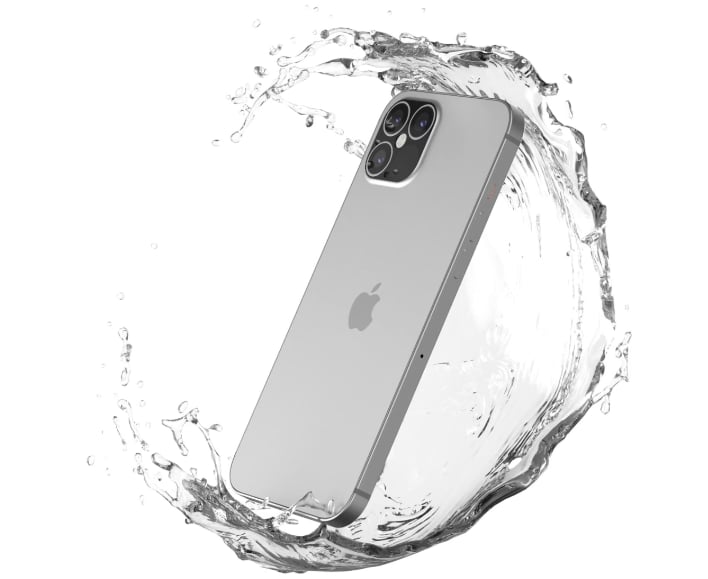 Is the CAD render below our first good look at the upcoming iPhone 12 Pro Max? It very well could be if accurate, and the details from this latest leak confirms information that was first revealed earlier this week in a separate report.

It was previously reported the iPhone 12 Pro would feature an exterior design more akin to the iPad Pro family with the soft corners being tossed in favor of flat sides and hard edges. To our eyes, it looks like a mix of both iPad Pro and iPhone 5S/iPhone SE styling cues, which date all the way back to 2010’s iPhone 4. 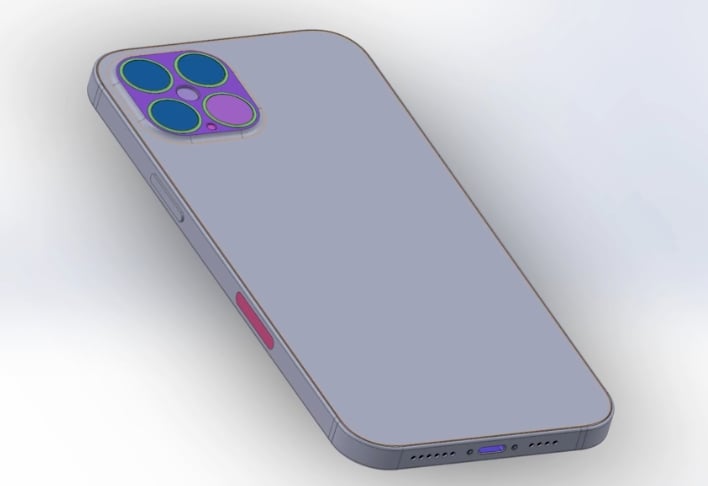 We also see a much smaller display notch for the earpiece speaker, Face ID hardware, and selfie camera. It’s also reported that the display bezels – which are quite large on the iPhone 11 family – have been reduced from 2.52mm to 1.55mm. The camera bump on the rear is said to be even bigger this time around, as it not only has to accommodate three camera sensors, but also LiDAR (which was first introduced with the 2020 iPad Pro refresh). An LED flash is nestled smack dab in the center of the camera pod. 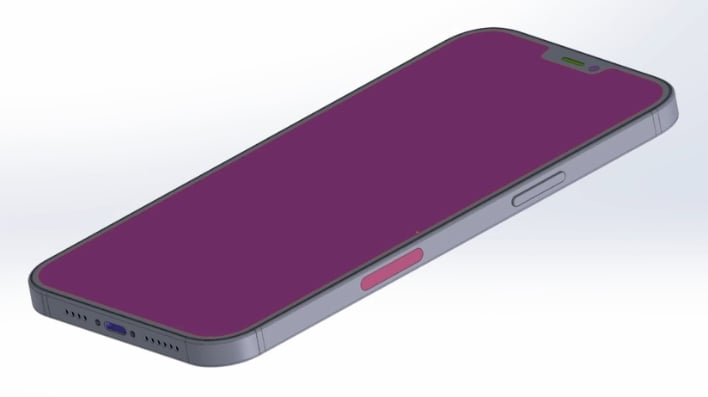 What’s also interesting is that Apple is apparently moving the SIM slot to the opposite side of the device near the volume rocker. An iPad Pro-style smart connector is residing in the place that was previously used for the SIM slot. If this detail is accurate, it could make for some rather interesting accessories for the iPhone 12 Pro family. 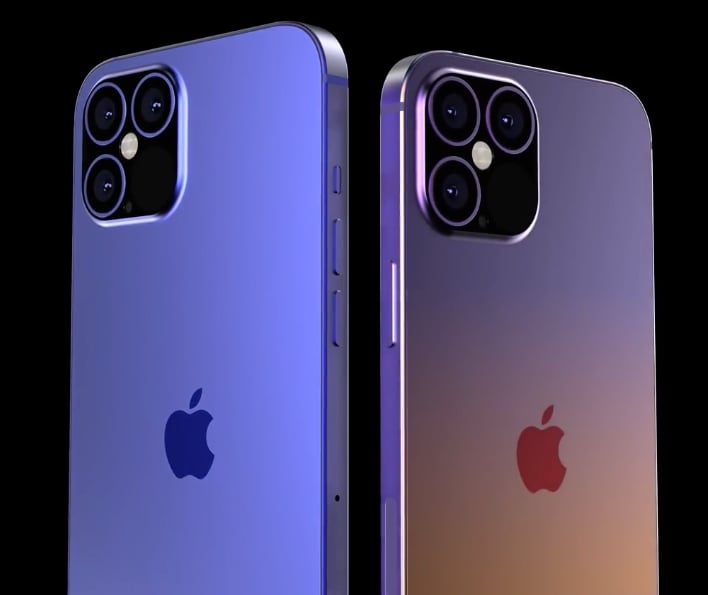 Beyond the external changes, there will also be some big updates inside. For starters, Apple is expected to introduce a new A14 Bionic SoC, which will be built on TSMC’s new 5nm process node. We’re expecting to see the usual year-over-year performance improvements along with some big gains in power efficiency.

Perhaps the biggest change, however, will be the addition of a 5G modem sourced from Qualcomm (the Snapdragon X55). In support of the 5G modem, we wouldn’t be shocked to see another bump in battery capacity (in conjunction with the more efficient SoC) to either maintain or increase overall battery life. Less clear is if Apple will ditch the Lightning port -- which was first introduced in 2012 with the iPhone 5 -- in favor of USB-C. We’d be shocked if Apple didn’t’ take this opportunity to make the move given that the iPad Pro has been already switched over, and USB-C ports are prevalent on Macs now.

Apple’s iPhone 12 family is expected to debut this fall, likely in September based on past launches.