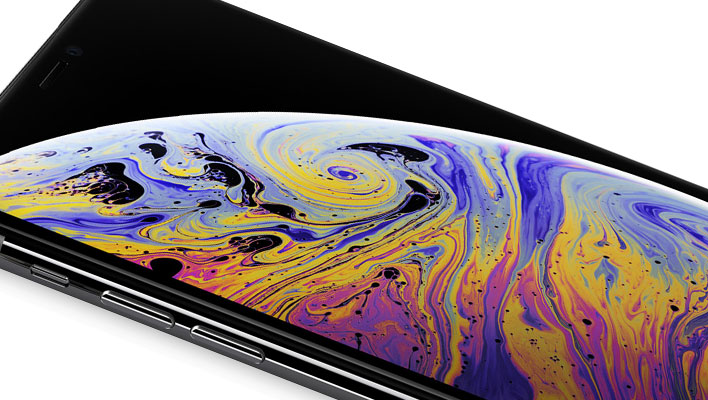 Sometimes it feels like if you have seen one flagship smartphone, you have seen them all—most of the designs are similar to one another these days. Perhaps in a bid to shake things up a tad, Apple is supposedly gearing up to launch a new round of iPhone models that will borrow some design elements of the company's iPad family.
There will be four presumed iPhone 12 models in all, including two that will replace the iPhone 11 Pro Max and iPhone 11 Pro, and two to replace the regular iPhone 11, according to what "people familiar with the plans" told Bloomberg. It is said that the two higher end SKUs will ditch the curved edges found on current iPhone 11 models and replace them with stainless steel edges.
Taking a cue from the iPad Pro, the rounded corners on the two higher end iPhone 12 models will be more pronounced, with flat screens rather than having the edges slope on the sides.
What we assume will be called the iPhone 12 Pro Max will wield a display that is slightly larger than the 6.5-inch panel on the iPhone 11 Pro Max, the sources said. In addition, Apple is looking into doing away with the cutout at the top of the display for the front-facing camera and Face ID sensors in future designs. As a result, the iPhone 12 family could end up with a smaller notch than the one on the iPhone 11 family.
Faster hardware is a given on Apple's next-gen smartphones. The custom processor and overall performance of Apple's iPhone products have typically been strong, especially considering that the specifications on paper are not always as good as the competition in the Android space—iPhones seemingly have a penchant for doing more with less.
Part of the focus on improving performance with the iPhone 12 family is with speeding up artificial intelligence (AI) and augmented reality (AR) workloads, the sources said. This would not surprise us if it ends up being true, because those are areas that the industry at large is trending towards (and areas Apple is very much interested in pursuing).

The two iPhone 12 Pro models are said to feature three rear cameras, while the two lower end models will have two. Apple will also include its 3D LiDAR system on the two higher end models, as has been previously rumored.

Apple is also gearing up to revamp its HomePod speaker, with the sources noting Apple plans to launch a smaller and cheaper model. It will supposedly be around half the size as the original HomePod. Apple hopes to launch the new HomePod sometime in the second half of this year, depending on how things go with the Coronavirus pandemic.
The new iPhone models are expected to debut this fall.