The newest generation of Apple's iPad Air, announced just a couple of weeks ago, is armed with a custom A14 Bionic processor. Having debuted in a new iPad first, the same chip is expected to find its way into Apple's upcoming iPhone 12 family, rumored to range in price from $649 for the iPhone 12 mini with 64GB of storage to $1,399 for the iPhone 12 Max with 512GB of storage. As we await the launch, some leaked benchmarks give us a purported glimpse of the A14 Bionic's performance.
Apple calls the A14 Bionic its most advanced chip ever with 11.8 billion transistors, with the promise it will deliver a "massive boost in performance." Or more specifically, Apple claims the chip's 6-core design offers a 40 percent boost in CPU performance, while the 4-core graphics engine bumps up graphics performance to the tune of 30 percent.
Does it deliver? Twitter user @L0vetodream discovered an interesting Geekbench 5 listing that they claim represents the A14 Bionic, with J308AP in the listing being "codename for the iPad Air 4 cellular version." They also note that J307AP, should it show up in the database, is the codename for the latest iPad Air with Wi-Fi. In any event, here is a look at the scores... 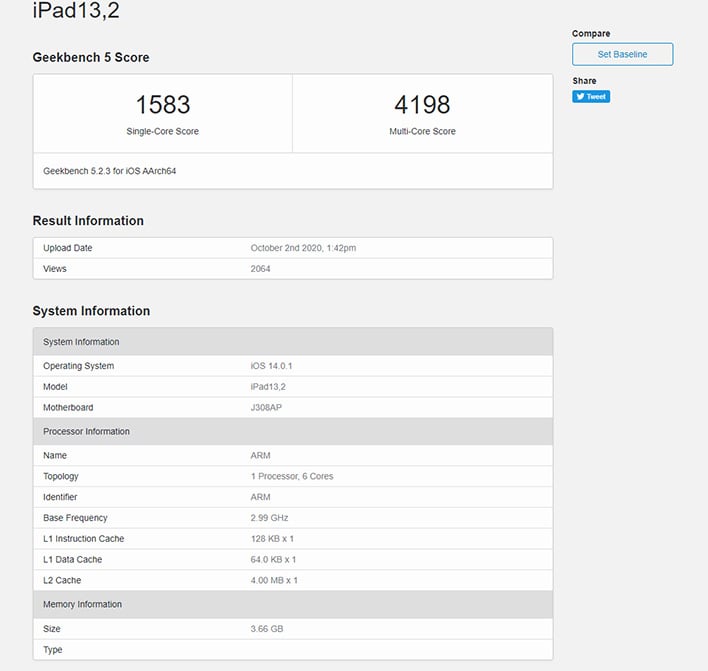 Assuming this is a legitimate run made by the iPad Air, it posted overall strong scores of 1,583 for the single-core test and 4,198 for the multi-core test. It is just a single benchmark listing, but if this is really indicative of the A14 Bionic's performance, then we also have an idea of how the iPhone 12 series will perform.
To that end, we can compare the leaked scores above with our collection of smartphone scores in Geekbench 5. This is not an apples to apples comparison, of course, but it is as close as we can get until we have an iPhone 12 to test for ourselves. Here's a graph of the results from our Samsung Galaxy Note 20 Ultra review... 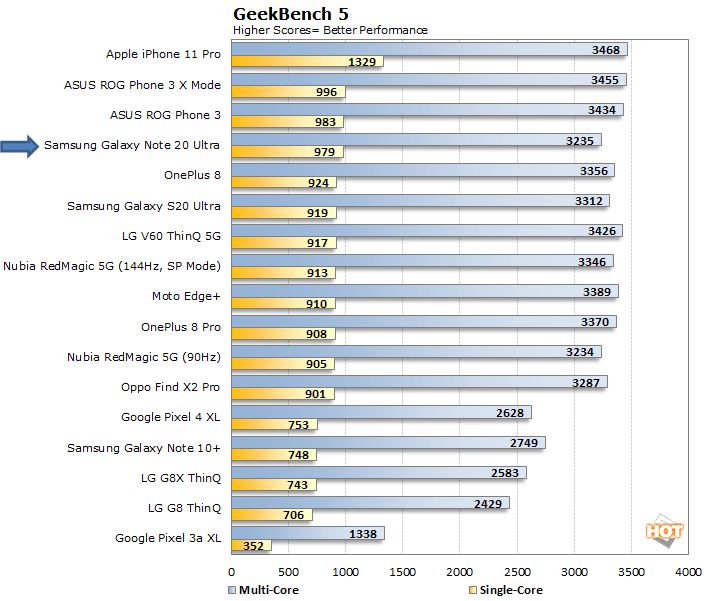 Beyond the usual caveats, there are other things to consider. For example, the performance from the same chip with an tablet configuration with whatever tweaks are in play could be different than how it ends up in an iPhone model. At the same time, however, optimized code when these products ship could mean even higher scores.
Regardless, it looks like the A14 Bionic will indeed bring about a sizable boost in performance, even if perhaps not always meeting Apple's claimed numbers.