Month after month since its launch in March of 2020, Nintendo has released new content for Animal Crossing: New Horizons like clockwork. The smash hit feels like a living, breathing organism all to itself because it seems like every time we look, there's a content update just around the corner. ACNH features special events for about every Western and Japanese holiday, along with tons of of other dates in many regions and loads of seasonal content, so there's always something new to do. That's what makes the latest announcement so bittersweet—the next big update to version 2.0, along with the Happy Home Paradise expansion DLC, will be the final update for my personal favorite game for the Nintendo Switch.


While Happy Home Paradise is the first paid content update for Animal Crossing, the good news is that it is a monster of an expansion—Premium with a capital P. Owing its origins to Animal Crossing: Happy Home Designer for the 3DS, Happy Home Paradise gives players the opportunity to create themed vacation homes for a variety of special guests.
The game gains access to a whole new archipelago of undiscovered land where players can set up new vacation homes. The occupants of said homes are guests at a new resort. Talk to the visitors and they'll daydream aloud about what their dream vacation home would have, then it's up to players to build those homes and make for some happy customers.

It's fair to say that the existing currency system in ACNH is broken thanks to a myriad of online tools that help play the stalk market, so DLC buyers will be happy to know that visitors don't pay in Bells. Instead, players are compensated in a new currency, called Poki.
Rather than spend it at home at the Nook's Cranny, a new marketplace is set up with rare furniture and decorations that can only be purchased in Poki. Eventually, once players have proven their mettle designing amazing vacation homes for resort visitors, even main island residents will come to you for advice, so truly every square inch of your town can be customized.


That all just covers the paid DLC. As a fond farewell to the latest Animal Crossing, version 2.0 will bring a ton of new features to the Nintendo Switch without charging a cent. AC faithful will remember getting new hairdos from Harriet in City Folk on the Wii, and she along with several other series mainstays will get new stations on Harv's island. It's not quite the city hub from the Wii game, but it's a pretty solid substitute when remembering the island theme of New Horizons.
There's also a new cooking DIY category, and players will be able to grow their own foods with which to cook. Lastly, the storage system is getting some upgrades as well, so those of us who have filled the slots with everything imaginable will be able to store even more stuff. If the cameo appearances in Nintendo's video are anything to go by, it also looks like town mayor Tortimer will even come to visit. 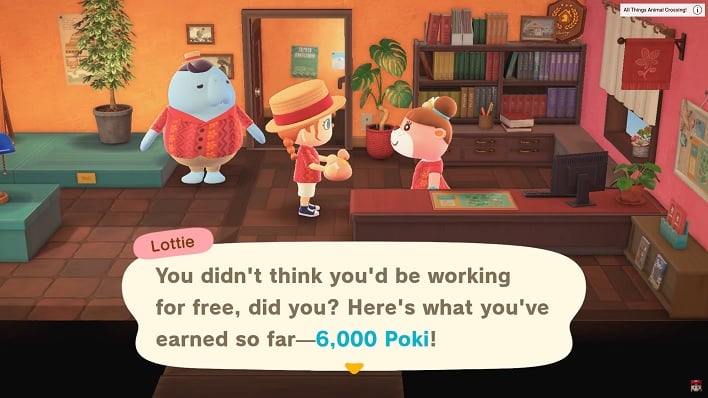 Animal Crossing New Horizons version 2.0 and the Happy Home Paradise expansion will launch on November 5th. The expansion will be $24.99 and preorders open up on October 29th.
While this is the final content update to the game, it's obviously enormous. It's truly a love letter from Nintendo to its fans, something the publisher hasn't always done very well. It's well deserved, too; Nintendo got many of us through the worst of the COVID-19 pandemic, as it was a game that was just in the right place at the right time. My family is looking forward to adding to the 1,000+ hours we've already spent in paradise, and hope to see you there.