After a full year of Animal Crossing: New Horizons, we wondered if Nintendo would keep the same old holiday celebrations or wrap them up in a fresh coat of paint. It's pretty unusual for a game with not much multi-player appeal to captivate gamers for more than 12 months, but that's exactly what Nintendo's modern classic has done for us. If it hasn't done so for you, there's no time like the present to dust off your Nintendo Switch and get back into its adorable island escape. While the egg-themed Bunny Day celebration didn't really change this year from the previous, the maze-focused May Day event is new for 2021.

Just like before, Animal Crossing: New Horizons celebrates the first of May with a fruit and digging sort of puzzle. Last year's event wasn't too much of a brain teaser, and we found we could get through it with just a couple of tries, but this year's iteration takes much more thinking. As before, some of our island's native fruit was scattered around the maze. The goal is to find the fruit, find the necessary tools, do a bit of crafting to fashion a ladder, and find the prize at the end. 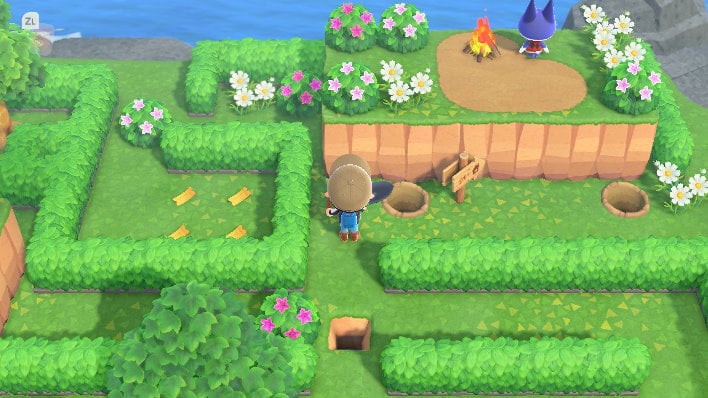 Just like Popeye and his spinach, fruit makes Animal Crossing characters strong enough to do the impossible. In this case, it's dig up a tree -- stump and all -- or break a boulder to get past it. Fruit is in limited supply, so it's possible to get pretty far into the maze and get stuck with nothing to do but start the puzzle again. We had to restart this year's maze several times. To do so, just call Rescue Services from the Nook Phone and spend 100 Nook Miles to get dropped off at the landing site. While we encourage everyone to experience the event for themselves, those who get frustrated might need a little guidance. Fortunately, the Animal Crossing World channel on YouTube has a guide.


Once you get to the end of the maze, a prize awaits. This year's maze had nine Bell Vouchers waiting to be found. These vouchers can be sold back at Nook's Cranny for 3,000 Bells a piece. That 27,000 may not be as much as you can make in a few minutes of crafting, but it's essentially free money so there's no room for complaints. We also bumped into our old pal Rover at the end of the maze, and he was quite glad to see us. He promised to write soon, so we expect to find a letter and maybe some sort of collectible item in our mailboxes before too awful long. 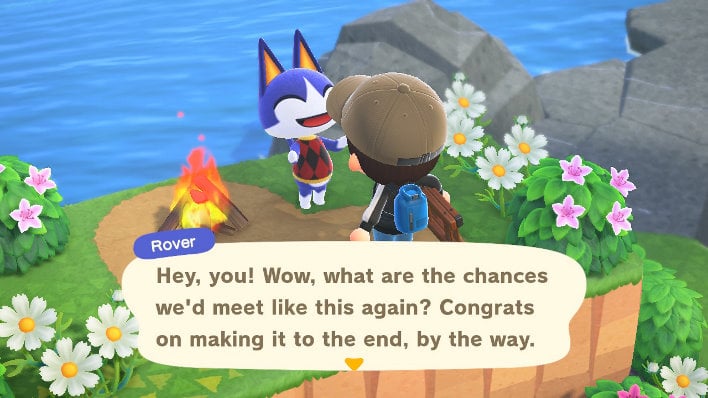 For those who haven't run the May Day event yet, there's still time. The island opened up on April 27, and remains available until May 7. To get started, just It's head to the airport and fly to Tom Nook's custom island. There's a ticket waiting for you at the counter.