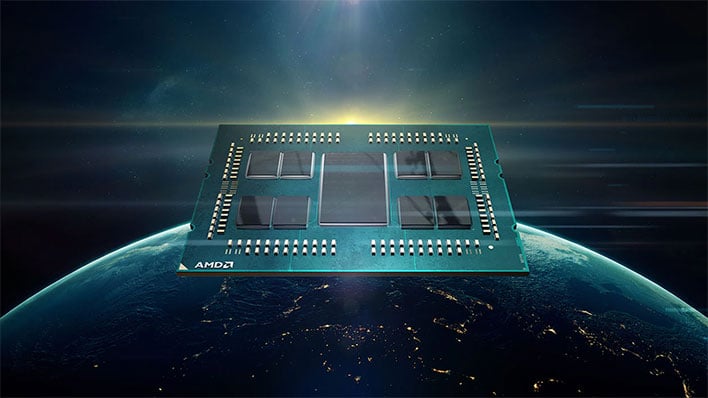 Barring something unforeseen and catastrophic, Zen 3 is definitely making a debut this year. We know this because AMD CEO Dr. Lisa Su has indicated as much on numerous occasions, including in a recent interview in which she also promised "Big Navi" (Navi 20) would make a 2020 debut as well. If anyone requires even more proof on the matter, just direct their attention to the underlying code being added to the Linux kernel.
Interestingly enough, patches to the Linux kernel have historically been great at references new hardware before they are officially launched. And more recently, updates to the Linux kernel have served up references to things like Navi 22 and Navi 23, which are two unreleased Navi GPUs. Now Zen 3 is making a cameo.

As spotted by Twitter user Komachi, a frequent leaker when it comes to PC hardware, the Linux patch partially details Error Detection and Correction (EDAC) for Family 19h systems with PCI IDs 0x1654 and 0x1653. To be clear, Family 19h is the family of CPUs based on AMD's next-generation Zen 3 CPU architecture.
There is not much else to the leak, unfortunately. However, it does at least hint at Zen 3 launching relatively soon, with AMD perhaps gearing up for a proper unveil at Computex in June. In addition to be spotted in a Linux patch, a recent AIDA64 update also added "preliminary support for 4th generation AMD Ryzen desktop CPUs" based on Zen 3.

“I’ve heard a little bit through Twitter and Reddit that people are wondering about, you know, Big Navi. I can say you're gonna see Big Navi in 2020. There might be few people wondering about Zen 3 as well, and I can tell you that Zen 3 is doing really well, we are excited about it, and I look forward talking about that later in 2020," Dr. Su recently said.
Zen 3 will not be as big of a shift in the CPU landscape as Zen 2 was compared to Zen. However, it will utilize a refined 7-nanometer-plus (7nm+) manufacturing process. Recent chatter suggests AMD will not focus on bumping up core counts with Zen 3, as it already offers a 'mainstream' Zen 2-based Ryzen 9 3950X CPU with 16 cores and 32 threads. However, it is expected to deliver higher clockspeeds and a bump in instructions per clock (IPC) performance.
AMD is in good shape. Lest anyone forget, Zen 4 is already being designed, with an anticipated launch in late 2021. We don't know much about Zen 4 at this stage, though it's widely expected to represent a shift to either a 6nm or 5nm manufacturing node.