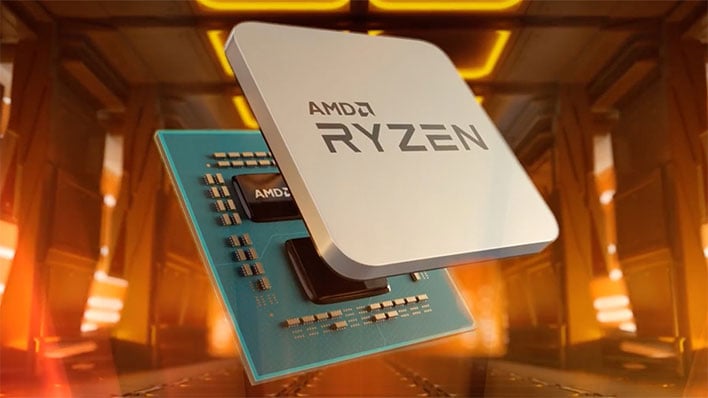 The latest version of AIDA64 is primed for AMD's next round of processors, including its unreleased Ryzen 4000 series desktop CPUs and Renoir APUs. In addition, it brings official support for the November 2019 Update for Windows 10 and a few other things, though it's the prepping for AMD's upcoming silicon that is interesting.
AMD is riding high on its third-generation Ryzen processors based on its Zen 2 CPU architecture, and built on a 7-nanometer manufacturing process. The company propelled itself back into relevance with Zen, and its between Zen, Zen+, and Zen 3 parts, AMD is dominating sales on Amazon, where 8 out of the 10 top selling CPUs are Ryzen parts.
Even better for AMD, its Zen 2 architecture offers a competitive top-to-bottom lineup. Just this week, AMD launched its Ryzen Threadripper 3790X processor with 32 cores and 64 threads, and as expected, it wiped the floor with Intel's 18-core/36-thread Core i9-10980XE processor in the bulk of multi-threaded workloads.

Looking ahead, Zen 3 will see a shift in manufacturing to an enhanced 7nm+ process. It will be interesting to see how things shake out, though, as AMD's senior vice president Forrest Norrod told The Street that Zen 3 will feature an all-new architecture, rather than being a further refinement of Zen 2.
Norrod also said that Zen 3 will deliver performance gains "right in line with what you would expect from an entirely new architecture." He qualified his comment by saying the IPC gains brought about by Zen 2 were bigger than what typically occurs from one generation to the next, but it certainly sounds like Zen 3 will be more than a minor bump.
As for Renoir, AMD's next-generation APUs will probably be based on Zen 2, as its APUs in the Ryzen era have typically been a step behind the regular desktop parts. They will feature integrated graphics based on AMD's Vega GPU architecture, rather than Navi.
Since the developers of AIDA64 have baked in support for AMD's upcoming silicon, it could mean engineering samples are already shipping to customers, or soon will be. That's certainly in the realm of possibility—both Zen 3 CPUs and Renoir APUs are slated to ship in 2020.