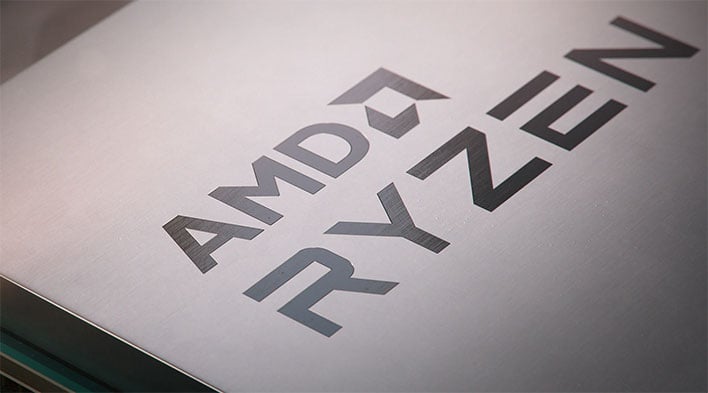 AMD started off 2020 with a bang when it released its Ryzen 4000 processors for laptops, and garnered many design wins. Based on the potent Zen 2 processor architecture, Ryzen 4000 processors are available in up to 8-core/16-thread configurations and with up an 8-core Radeon Vega-based graphics core.

Now we’re getting some early insight into the first Ryzen 5000 APUs that will find their way into 2021 laptops. Given that strong response that AMD has already received with Ryzen 4000, Ryzen 5000 could be an even bigger hit for AMD. A newly discovered SiSoftware database entry makes reference to a “Celadon CZN Renoir” platform, which in actually is the next-generation Zen 3 “Cezanne” Ryzen 4000.

The Radeon graphics engine has a total of 8 CUs and 512 shaders, along with a GPU clock of 1.85GHz. However, for those that were expecting AMD to debut Navi-based graphics with Zen 3 APUs, we’ve got some bad news. It looks as though AMD is sticking with Vega for yet another generation, albeit with a 100MHz bump in maximum GPU clock to 1,850MHz compared to high-end Ryzen 4000 APUs.

Unfortunately, there are no insights into what’s in store for the CPU cores from this SiSoftware entry, but AMD has already told us to expect a brand-new core architecture for Zen 3, which should result in some pretty significant IPC gainscompared to Zen 2.

While AMD’s current Ryzen 4000 lineup is comparing very favorably to Intel’s current 10th generation laptop processors (Comet Lake, Ice Lake), the elephant in the room is no doubt Tiger Lake. In is set to launch its 11th generation Tiger Lake-U processors in early September, and they’re already shaping up to be strong performers in single-threaded performance. But the big shocker could come with its 12th generation Xe graphics architecture, which should be more than able to fend off AMD’s aging Vega graphics core.

We’ll be keeping our eyes on further Ryzen 5000 leaks over the next few months, and are hopeful that CPU performance will live up to the claims that AMD has set forth. However, for those looking for a massive uptick in graphics performance, we may have to wait for Ryzen 6000/Zen 4 APUs to roll off the production line, hopefully with Radeon Navi onboard.