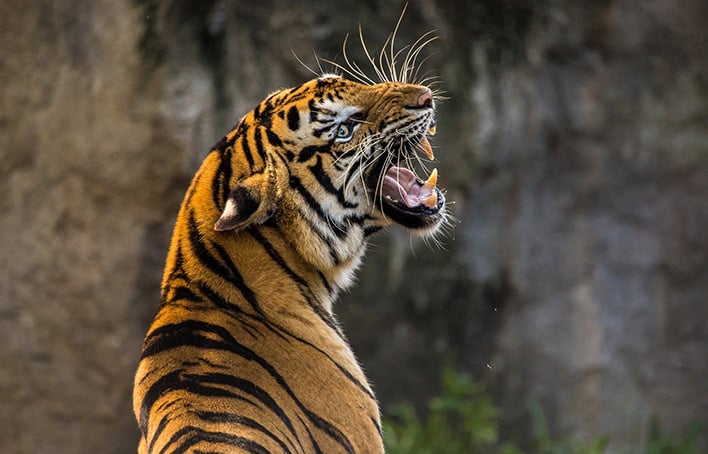 We are always up for a good old fashioned showdown between AMD and Intel, two tech heavyweights vying for dominance in the CPU space (and beyond). And we sort of get one, courtesy of a benchmark leak highlighting Intel's upcoming Core i7-1165G7 processor, which is part of the chipmaker's unreleased Tiger Lake family.
Over at PassMark (via APISAK), the Core i7-1165G7 made a benchmark appearance, posting scores of 13,372 (Average CPU Mark), 3,273 (Single-Thread Rating), and 25,604 (Cross-Platform Rating). Out of those scores, the single-thread score is interesting, because it compares favorably to AMD's Ryzen 7 4800U.
Have a look at the comparison... 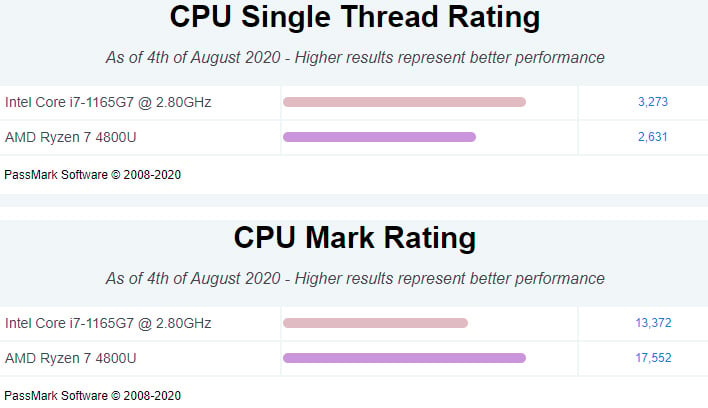 To put these score comparisons into context, let's talk specs. The Core i7-1165G7 is a 4-core/8-thread processor based on Intel's 10nm+ node. It has a 2.8GHz base clock and a 4.7GHz boost clock, and according to past leaks, it also wields 12MB of L3 cache and 6MB of L2 cache. Intel's Xe graphics come along for the ride as well.
AMD's Ryzen 7 4800U, on the other hand, is a burlier 8-core/16-thread processor based on the company's 7nm Zen 2 architecture. It has a 1.8GHz base clock and 4.2GHz boost clock, along with 8MB of L3 cache and 4MB of L2 cache, and onboard Radeon graphics (8 compute units based on Vega).
Naturally, a modern 8-core/16-thread processor should outpace a modern 4-core/8-thread CPU in multi-threaded workloads, and that is reflected in the overall CPU PassMark rating. Simply put, AMD has the upper hand in multi-threaded workloads.
But in the single-threaded workloads, Tiger Lake looks ready to roar. The Core i7-1165G7 posted a 24.4 percent higher single-thread performance score versus the Ryzen 7 4800U, with only an 11.2 percent faster max boost clock.
That's impressive, and it suggests two things—clockspeed matters (duh), at least in this test, and Intel seems to have the IPC advantage with Tiger Lake. Of course, this is just a single benchmark, and who knows how much of a role the base clocks played in these results, where the Core i7-1165G7 is clocked 35.7 percent faster than the Ryzen 7 4800U. So there are your disclaimers.

Still, this seemingly bodes well for Tiger Lake, though obviously we will reserve judgement until Intel's next-gen silicon ships and finds its way to our lab.