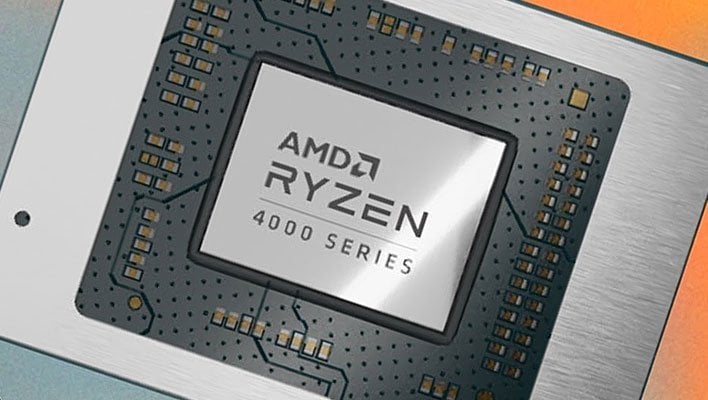 According to a recent leak, the very first Ryzen 4000 Renoir-based laptops could be launching as soon as next Monday. However, these aren't the only Ryzen 4000 processors on the docket from AMD; a new leak confirms that Ryzen 4000 desktop-based APUs will be arriving soon. 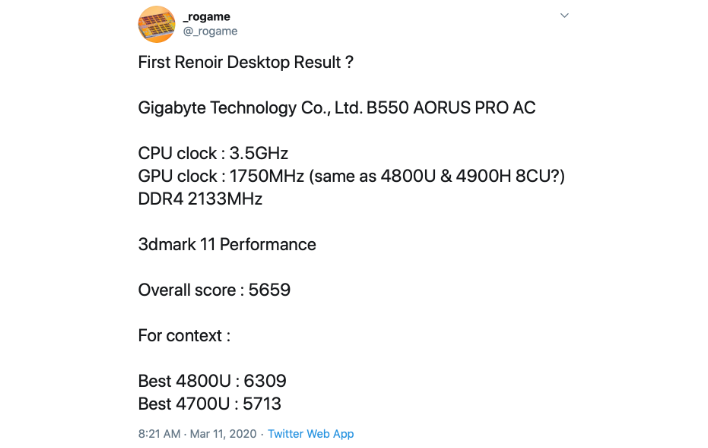 According to the leak from _rogame, the unnamed Ryzen 4000 APU has a stated frequency of 3.5GHz and a Radeon GPU that is clocked at 1.75GHz. Interestingly, the processor is paired with lowly DDR4-2133 memory even though Zen 2 supports DDR4-3200.

Another item of note is that the Ryzen 4000 APU was installed in a Gigabyte Aorus Pro AC B550 motherboard. We got our first glimpse at a Soyo B550 motherboard yesterday, which featured a mATX form-factor, two PCIe x16 sots, four SATA 6Gbps ports, and an M.2 slot. If the Gigabyte B550 motherboard is anything like its Soyo counterpart, it won't be fully PCIe 4.0 compliant. While PCIe 4.0 graphics cards and SSDs are supported, the chipset uplink and general-purpose lanes are still limited to PCIe 3.0 speeds.

However, this is likely of little concern for the market segment that Ryzen APUs and B-Series motherboards are aimed at. The Ryzen 4000 APUs and B550 motherboards will likely be using in entry-level desktops and all-in-ones in part due to their integrated graphics capabilities.