Graphics cards are in short supply at retail prices everywhere, but it hasn't stopped AMD and NVIDIA from pushing their latest tech further down the price ladder. We've heard in recent weeks about a lower-end Navi 23 GPU from AMD, and it seems that NVIDIA has a cut-down Ampere GPU on the way, too. The release of budget-friendly graphics cards appears to be imminent, however, as the system information and testing utility AIDA64 has picked up support for new options from both manufacturers.

According to AIDA64, there are a total of seven new GPU models inbound, four from NVIDIA and a trio from AMD. On the green side, the GA107 GPU that we first heard about way back in November will be available in both desktop and notebook variants. The GeForce RTX 3050 and 3050 Ti are desktop-bound, while the GeForce RTX 3050 Ti will make its way into notebooks as well. AIDA64 also contains code to detect a GeForce RTX 3080 Ti in notebooks, a model name that hasn't even hit desktops yet. The various 3050 versions will make use of that GA107 chip. The GeForce RTX 3050 was previously rumored to have 32 ROPs and 2304 CUDA cores with 4 GB of GDDR6 memory. This would mark the first time DirectX Ray Tracing hits graphics cards below $300 -- assuming anybody can find one in stock.


On the red team, it seems AMD is prepping a natural descent from the Radeon RX 6700 XT with the vanilla RX 6700, which was previously rumored to have a slimmer 6 GB of VRAM and a 192-bit memory bus. Stepping down from there, AIDA64 now also mentions a Radeon RX 6600 XT and 6600 as well. Navi 23 first leaked as a Radeon RX 6500 and the GPU found in the new 2021 model of Tesla's Model S, but that's apparently trimmed down enough to make room for not one but two higher-performance SKUs, according to AIDA64's release notes (seen above). If the previous rumors indicating a 128-bit memory bus and 8 GB of VRAM are correct for the Radeon RX 6500, we're hopeful that these faster cards will have at least that much memory instead. 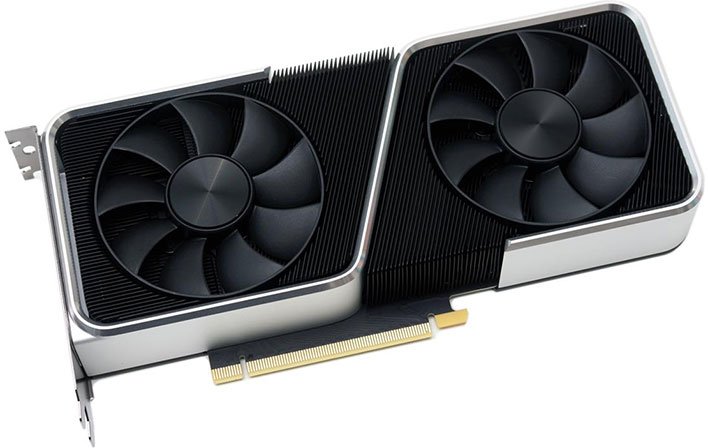 Obviously, the latest graphics cards have been in very short supply since they were first announced way back in September, and that situation hasn't improved. Semiconductor makers have been struggling to keep up with demand for everything from graphics cards and consoles to Qualcomm's latest Snapdragon 888 SoC. While we're hopeful that the end of the COVID-19 pandemic is in sight and operations will return to normal in 2021, it's going to take a while not only for increased production to hit the market, but for the market's thirst for technology to be fully sated.