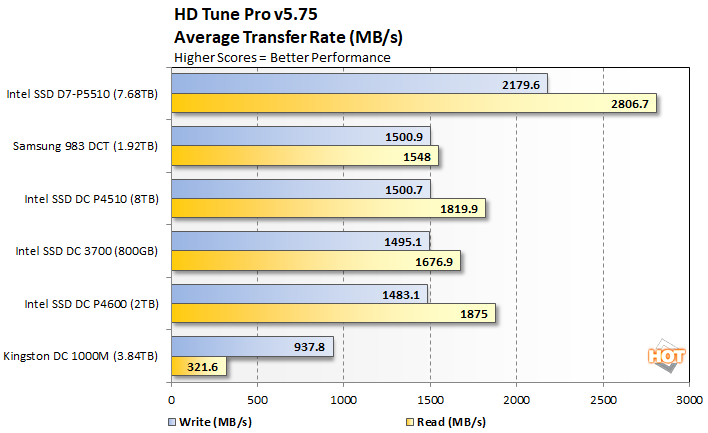 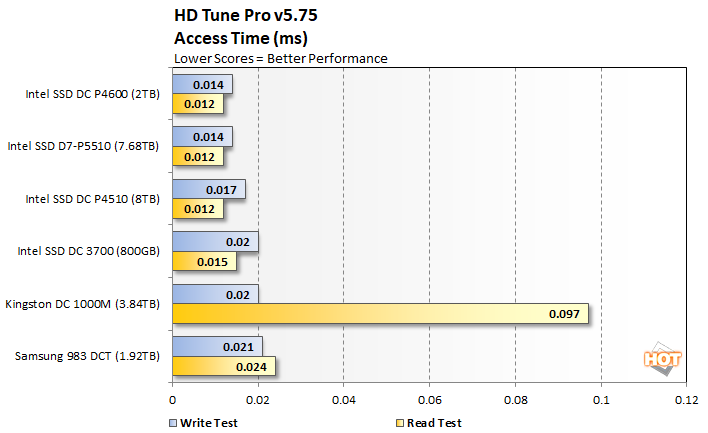 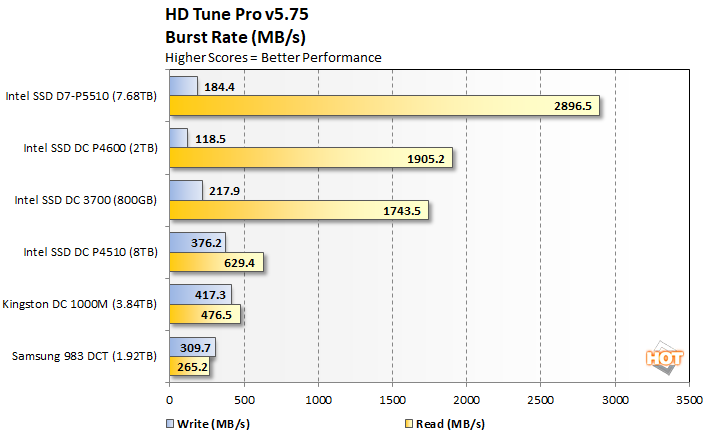 The Intel SSD D7-P5510 offered the highest throughput and tied for the lowest latencies here. It led with the read burst test as well, but bursty writes trailed most of the other drives. 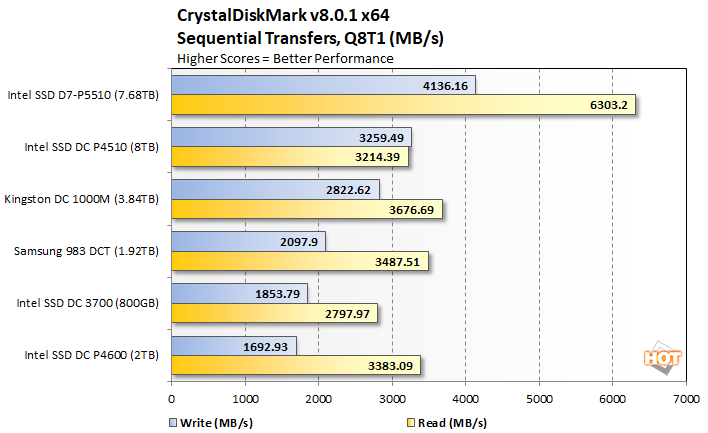 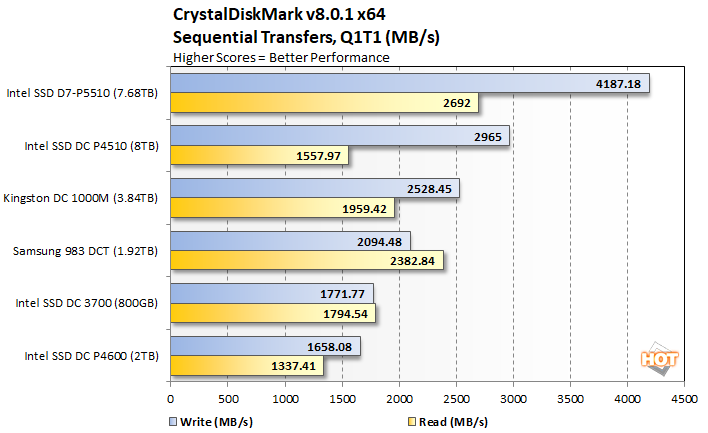 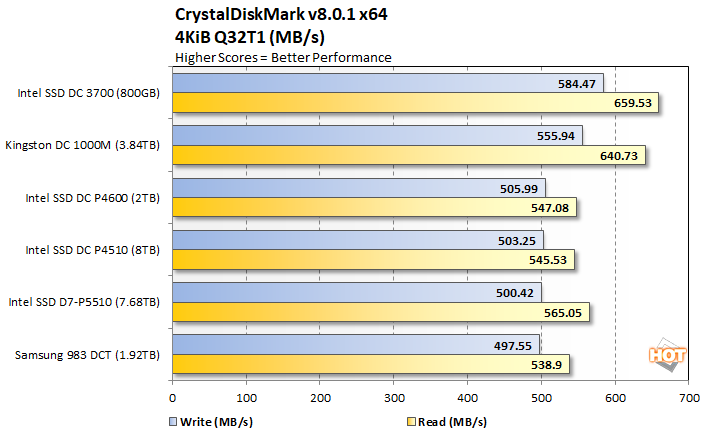 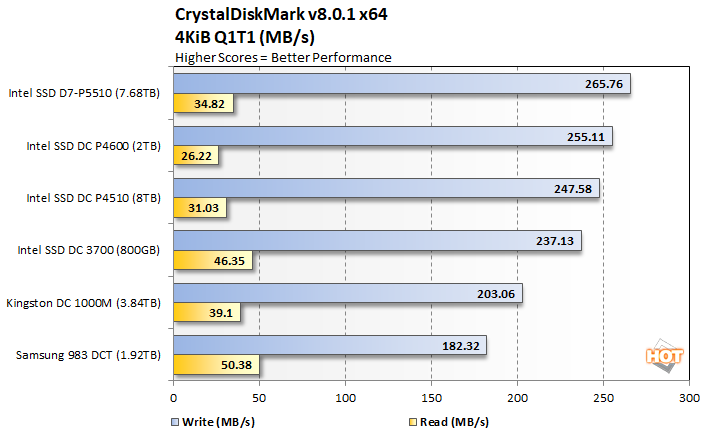 The Intel SSD D7-P5510 once again outran all of the other drives according to CrystalDiskMark's sequential tests. In the QD32 random 4K test, however, the Intel SSD D7-P5510 is in the mix with most previous-gen Intel-built drives, but the Kingston drive and older DC3700 come out on top. With low queue depth 4K transfers though, the new Intel SSD D7-P5510 puts up the best write score and is competitive in terms of reads. 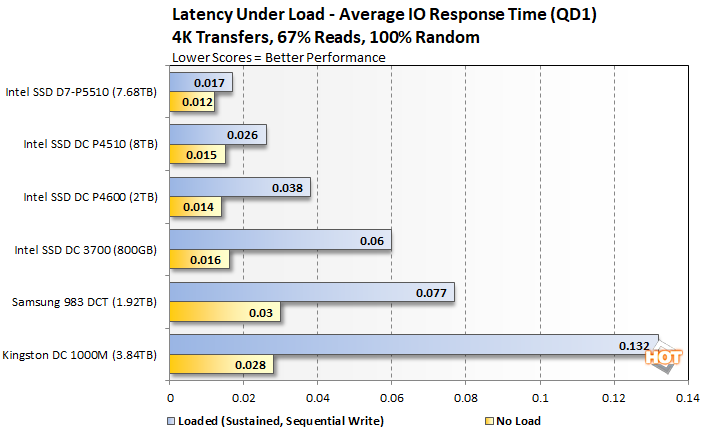 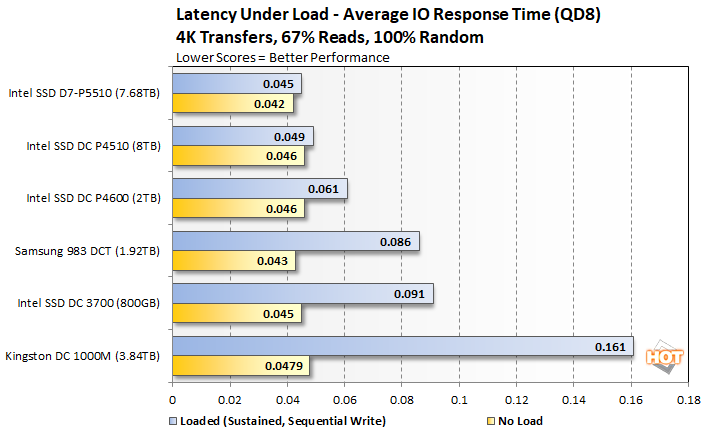 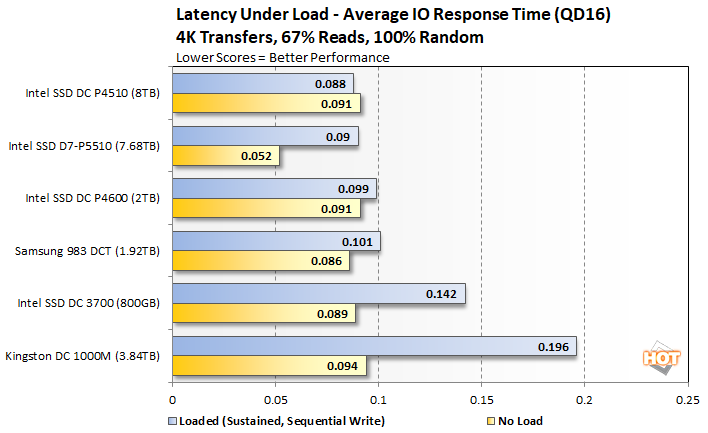 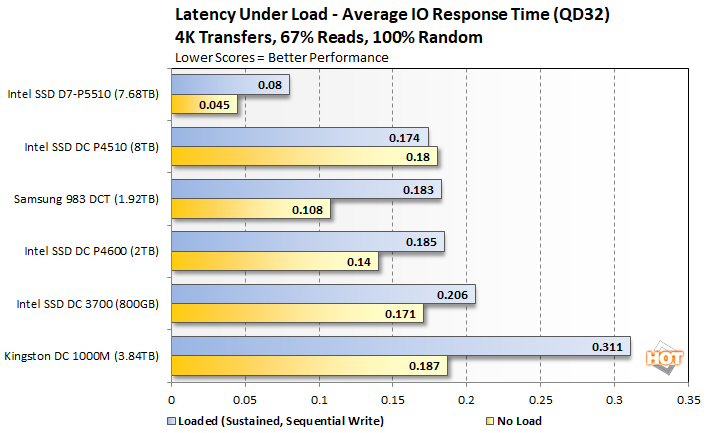 Intel set out to offer lower latency, enhanced management capabilities, and the latest NVMe features with the D7-P5510, while also boosting throughput thanks to the increased bandwidth afforded by PCIe Gen 4, and the company has succeeded. 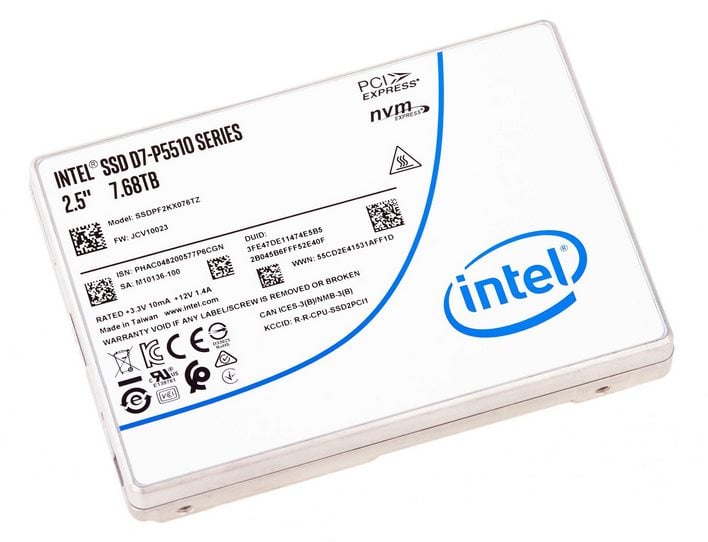 The 7.68TB Intel D7-P5510 series drive we tested put up strong numbers across the board. And despite the drive’s leading-edge feature set, pricing is competitive as well. Intel SSD D7-P5510 drives can be found for about $800 - $1,600, depending on the capacity. On a cost per gigabyte scale, that works out to about $0.21 for the 7.68TB drive we tested, which is right in-line with some of the top NVMe SSDs currently on the market. Taking the whole package into consideration, the Intel SSD D7-P5510 is easy to recommend. The drive offers excellent overall performance, leading-edge features, sold endurance, and a good warranty, at prices not much higher than consumer-class SSDs.