5G data speeds (~114Mb down / ~71Mb up) were nothing to write home about due to what we believe are artificial limits put on the towers in our area, but Wi-Fi performance was strong. When connected to our Wi-Fi 6 network via an ASUS router, the Smartphone for Snapdragon Insiders was able to achieve >500Mbps up and down, depending on how far away from the router we were. At about 20ft away from the router, with one floor in between, we achieved the speeds you see pictured here.

We’ve reviewed a number of handsets with Qualcomm’s Snapdragon 888 inside, including a couple manufactured by ASUS, so we already have an idea as to how the Smartphone for Snapdragon Insiders would perform. With 16GB of RAM, 512GB of fast storage, and a relatively unadulterated installation of Android 11, however, we were expecting good things from this device...

PCMark for Android is an excellent suite of tests if you want to benchmark a wide range of tasks on any handset -- things like image and video editing, as well as lighter-duty, everyday workloads such as email and web browsing. When you see the test running live, it's clear the scripted application tests are carefully selected and tuned to make use of the each mobile platform in a very controlled way... 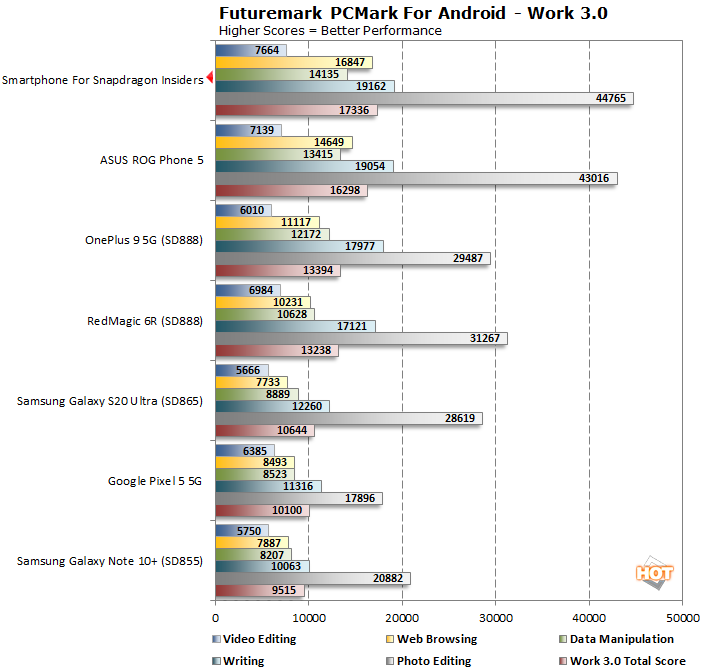 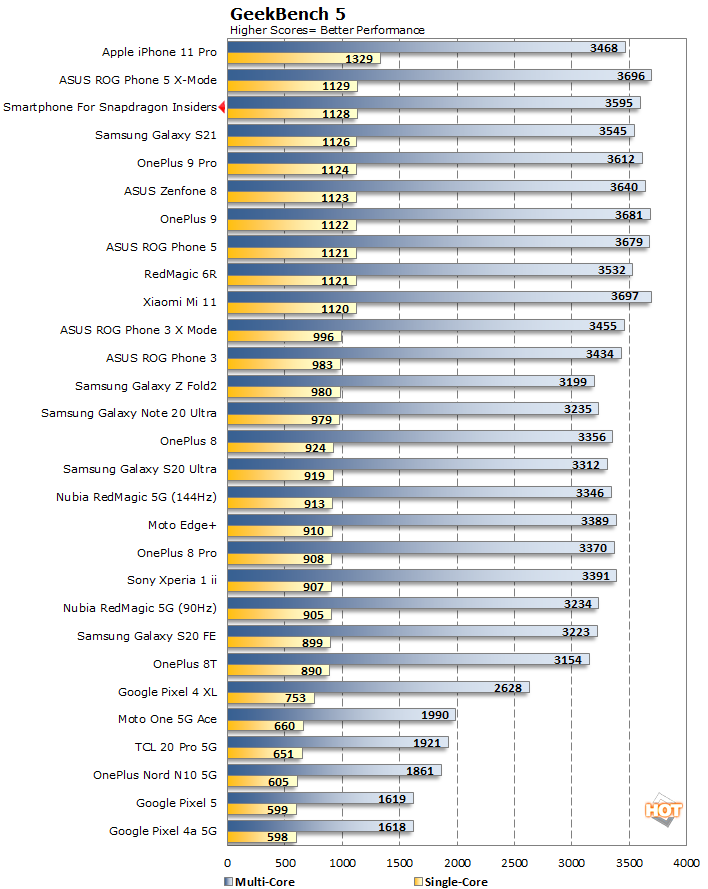 The Smartphone for Snapdragon Insiders also put up the best single-threaded Geekbench 5 result of any Android-based phone we've tested. The iPhones offered somewhat better single-thread performance, however. The Smartphone for Snapdragon Insiders posted a strong multi-threaded result as well, but it was a couple of percentage point behind the leaders. 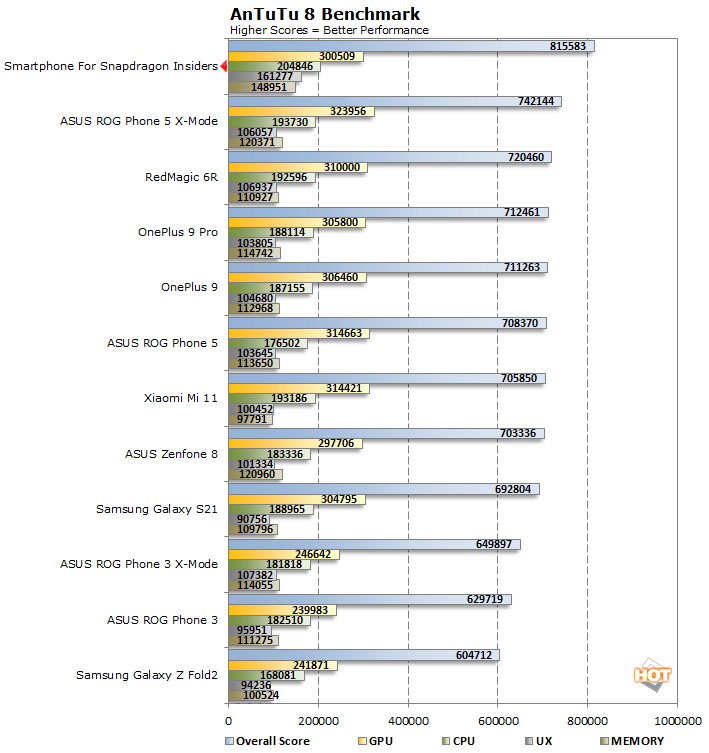 Once again we see the Smartphone for Snapdragon Insiders leading the pack. Although it didn't sweep all of the tests, particularly strong UX and memory scores propelled the device into the lead overall. 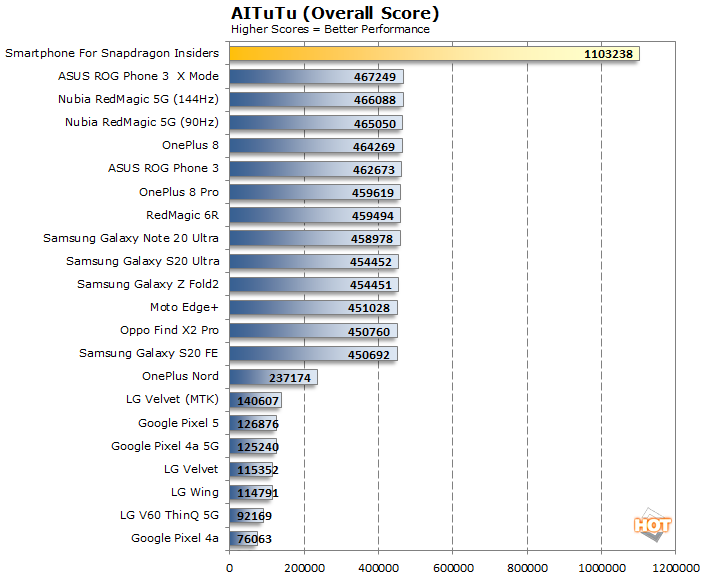 Holy Smokes! Looking at this result, you'd think ASUS and Qualcomm made some serious hardware mods here, but that is not the case. The Smartphone for Snapdragon Insiders most likely blows the competition out of the water in AITuTu's workloads due to its updates to the AI Frameworks installed on the device, in addition to optimizations made to its power and thermal profiles when leveraging the AI accelerators in the Snapdragon 888 SoC.

Next we're going to see how the Smartphone for Snapdragon Insiders compares to some other devices in GFXBench, which has been one of the standard mobile graphics/gaming performance benchmarks for years. To ensure that display refresh (v-sync) and resolution aren't limiting factors, we're comparing off-screen test results here. GFXBench tests OpenGL ES graphics workloads... 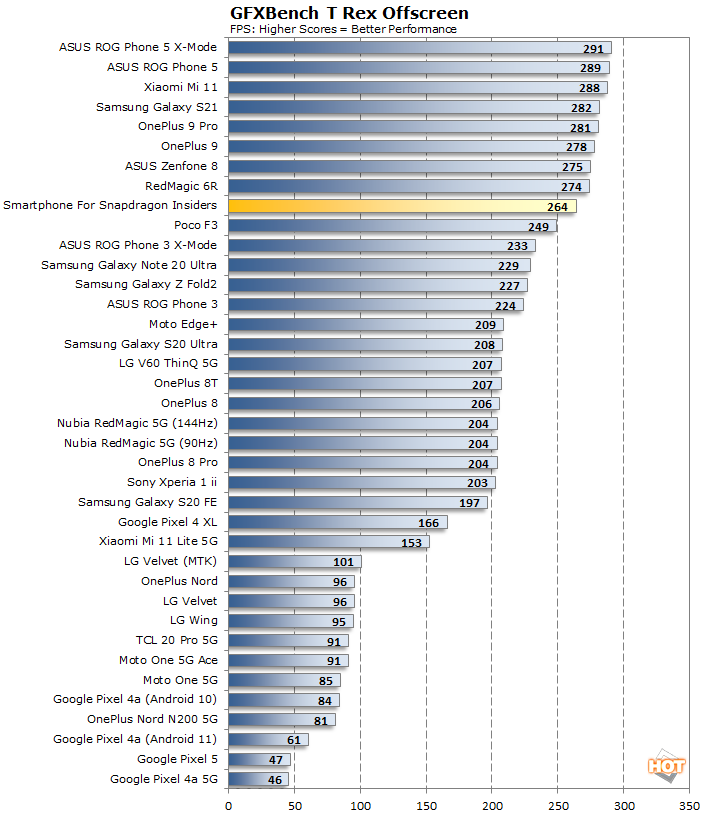 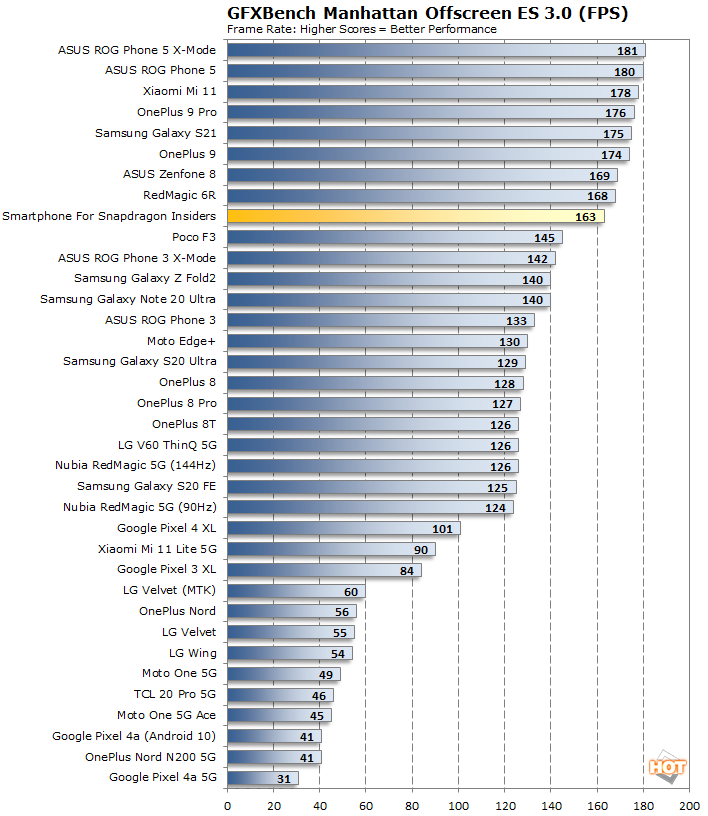 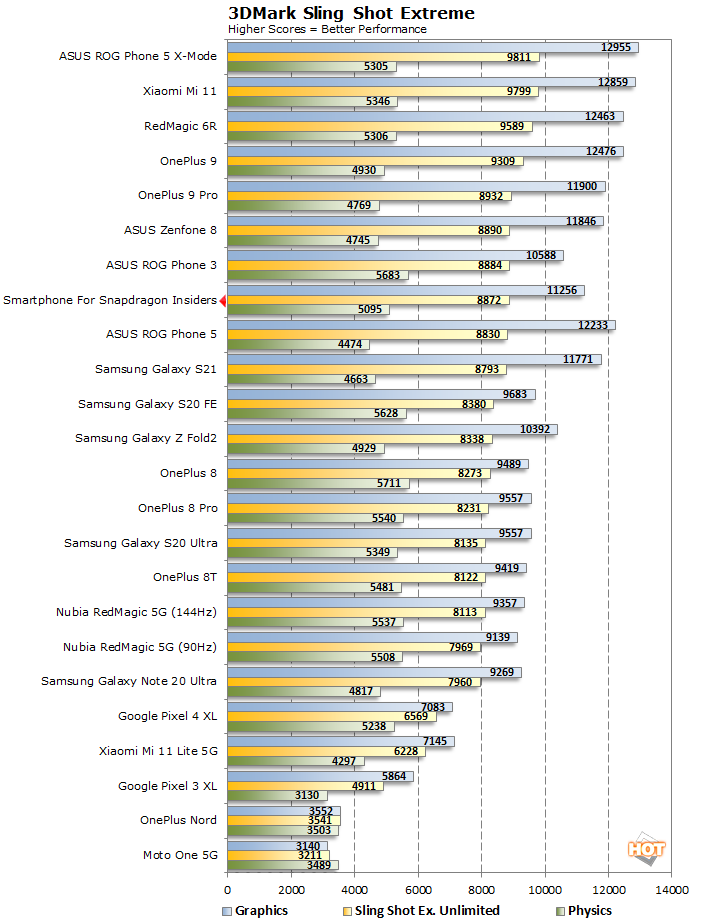 3DMark Sling Shot tells essentially the same story as GFX Bench above. The Smartphone for Snapdragon Insiders offers solid graphics and physics performance, but ultimately it lands a notch behind some of the other flagship devices. 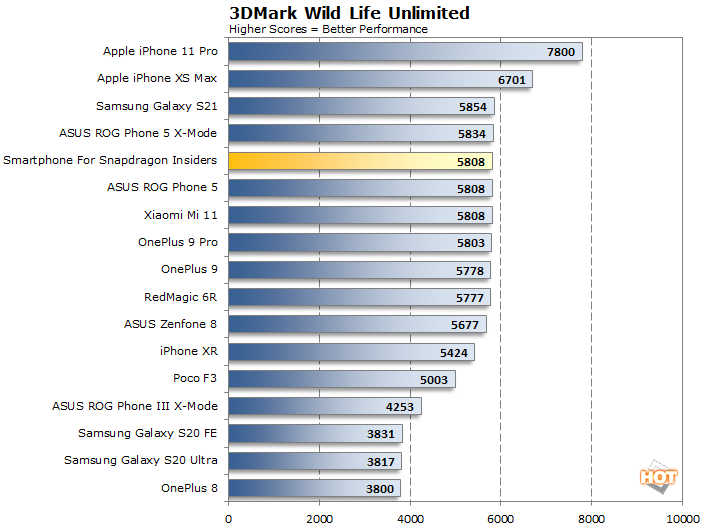 The Smartphone for Snapdragon Insiders hangs with the fastest Android-based phones we've tested in the 3DMark Wildlife benchmark; we actually had a three-way tie between it, the ROG Phone 5 and the Xiaomi Mi 11. All of the top Snapdragon 888-based phones performed similarly in this test though -- the deltas separating the devices fall will within the margin of error for this test. 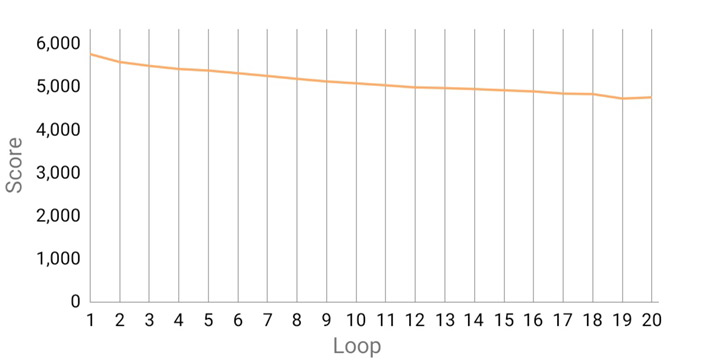