It will probably be at least another several months before we learn lower level details about the hardware powering Microsoft's upcoming Xbox Series X console. Rather than wait, however, internet sleuths continue to dig up interesting tidbits from around the web. The latest piece of information comes from the LinkedIn page of Ashish Shukla, who lists himself as a senior ASIC manager on AMD's semi-custom team.
Before we get to that, let's recap what has been confirmed so far. The Xbox Series X will be powered by a custom SoC built by AMD. It will feature Zen 2 CPU cores paired with GPU cores based on AMD's next-generation RDNA 2 architecture, with hardware support for real-time ray tracing (basically a refresh of Navi).
Microsoft recently revealed that its upcoming console will deliver 12 TFLOPs of GPU horsepower. There is only so much we can determine from a TFLOPs metric, but to put that figure into perspective, the Radeon RX 5700 XT (based on RDNA 1) delivers 9.754 TFLOPs of single-precision (FP32) performance. In theory, the GPU inside the Xbox Series X should be faster, and of course more capable.
Getting back to the LinkedIn listing, it was spotted by Twitter user Blue Nugroho. Have a look... 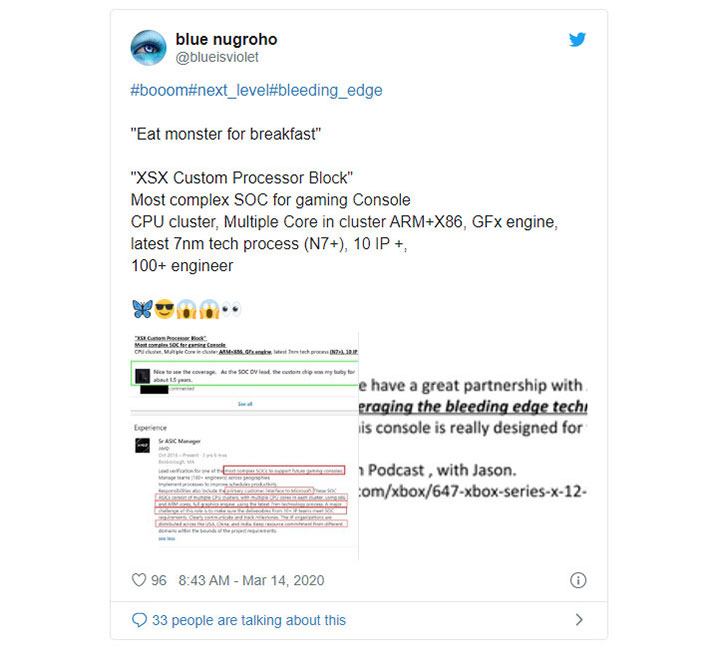 Shukla's listing on LinkedIn does not mention the Xbox Series X specifically, but he does say one of his duties is as "lead verification for one of the most complex SoCs to support future gaming consoles." He also mentions Microsoft, and that's where things get interesting... 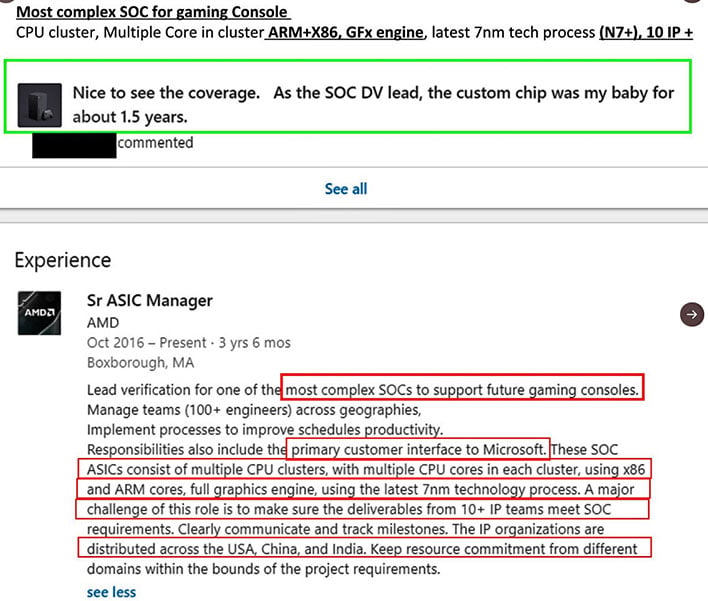 "Responsibilities also include the primary customer interface to Microsoft. These SoC ASICs consist of multiple CPU clusters, with multiple CPU cores in each cluster, using x86 and ARM cores, full graphics engine, using the latest 7nm technology process," Shukla states.
This hints at the SoC inside the Xbox Series X pairing Zen 2 x86 and ARM cores in some capacity. Further proof can also be found in a comment Shukla made in reference to a Microsoft article titled "What You Can Expect From the Next Generation of Gaming."

"Nice to see the coverage. As the SoC DV lead, the custom chipo was my baby for about 1.5 years," Shukla said. 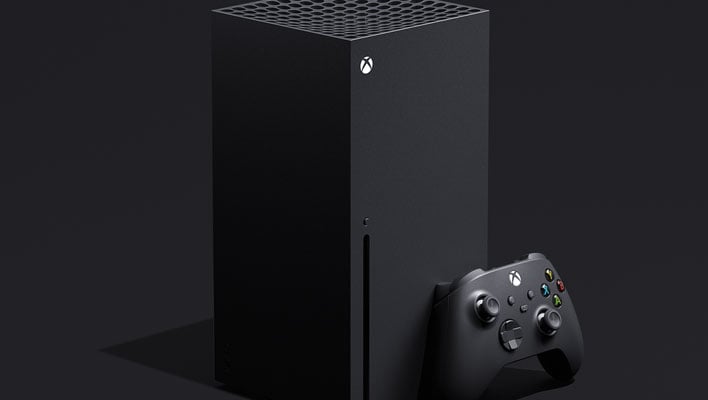 This all falls short of a confirmation, but it is interesting nonetheless. It's also somewhat in line with remarks Microsoft's Jason Ronald's made during a recent Major Nelson podcast. So, there's that as well.
Barring any delays, the Xbox Series X will launch in holiday 2020.