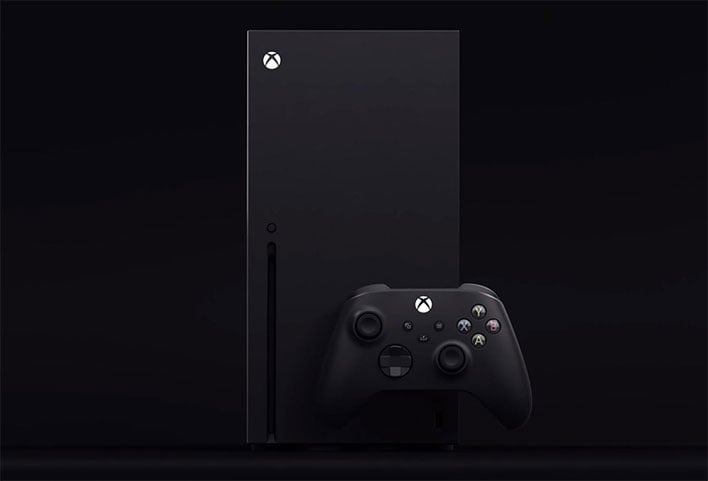 We are still learning details about the Xbox Series X and PlayStation 5, Microsoft's and Sony's respective next-generation game consoles, both of which are slated to ship towards the end of the year. For example, we know both consoles will feature custom AMD silicon based on its Zen 2 CPU and Navi GPU architectures, with a speedy solid state drive giving console storage a much needed kick in the pants. What about the audio, though?
Microsoft and Sony have not been super forthcoming about finer grain details. That said, the inclusion of dedicated audio hardware acceleration is all but certain on the Xbox Series X. Microsoft has not announced the feature (yet), but a description of a GDC presentation seemingly reveals it will be part of the package.
"Learn from the audio designers of Borderlands 3 and Gears of War 5 around how a collaboration between Microsoft, Dolby, and our middleware partners kicked off a revolution with spatial sound that turns any pair of headphones into a multi-dimensional gateway to another world. Attendees will dive deep into the audio design pipeline (Project Acoustics) and the relationship to dedicated hardware-acceleration on newer generation Xbox consoles," Microsoft states.
Robert Ridihalgh, senior technical audio specialist at Microsoft, is on tap to give the presentation on March 18. The intended audience is listed as "Game developers, Audio engineers."
Technically, the wording leaves the door slightly ajar for this to be in reference for consoles beyond the Xbox Series X, but that is almost certainly not the case. The Xbox Series X is still several months away, and based on past consoles, it should be on the market for 5-7 years (with minor upgrades along the way). It would be odd to talk about a console that is closer to a decade away.
The other reason this has to be in reference to the Xbox Series X is because the PS5 will sport fancy audio processing as well. PlayStation's head system architecture Mark Cerny already confirmed this, saying the upcoming console will feature hardware-assisted 3D audio processing.
"With the next console the dream is to show how dramatically different the audio experience can be when we apply significant amounts of hardware horsepower to it," Cerny said.
From everything we know so far, the Xbox Series X and PS5 will be very similar, in terms of their hardware makeup. At the same time, Xbox boss Phil Spencer made it clear he doesn't expect the Xbox Series X to concede an inch to the PS5 in performance or price positioning.
"I would say a learning from the Xbox One generation is we will not be out of position on power or price. If you remember the beginning of this generation we were a hundred more expensive and yes, we were less powerful. And we started Project Scarlett with this leadership team in place with a goal of having market success," Spencer told The Verge last November.
The big deal about 3D audio is that it can increase the level of immersion in gaming. It's not clear how exactly it will work in either console, but the goal is to make it feel as though sound is coming at users from all directions.
Sounds fun (see what we did there?), and at this point, all we can do is wait.