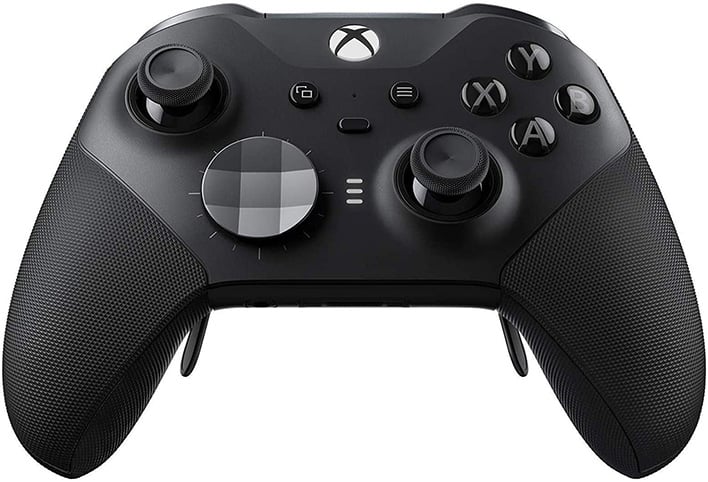 Controller drift can be highly frustrating, and according to an amended class-action lawsuit filed against Microsoft, the unwelcome issue affects both the company's first generation and second generation Xbox Elite Series luxury controllers. The amendment also outlines what the plaintiffs believe to be the cause of the alleged defect.
The original suit was filed in April of this year, in the US District Court for the Western District of Washington. Originally it listed Xbox One owner Donald McFadden as the plaintiff, but the lawsuit now includes seven other individuals. On the surface, the suit seeks a jury trial (though as these things tend to do, the end goal is probably a settlement of some sort).
Controller drift is when something erroneously causes the analog sticks to detect movement. Much ado has been made by users claiming Nintendo's Joy-Con controllers for its Switch consoles experience drifting, which had also resulted in a class-action lawsuit.
Nintendo president Shuntaro Furukawa actually issued an apology "for any trouble" customers were having with Joy-Con controllers, but then earlier this month, Nintendo argued that a Joy-Con drift "isn't a real problem or hasn't caused anyone any inconvenience."
As for Microsoft and its Xbox One and Elite Series controllers, the lawsuit alleges Microsoft is aware of a drifting issue because of various customer complaints, but "failed to disclose and routinely refuses to repair the controllers without charge when the defect manifests."
"Microsoft lures consumers into purchasing the Xbox controllers by touting the Xbox controllers as superior controllers that enhance gameplay, describing the Elite controllers as the ‘world’s most advanced controller’ and emphasizing the Xbox one joysticks and buttons as possessing ‘Ultimate Precision.’," the amended lawsuit states.

The lawsuit sits behind a paywall, with the amendment being spotted by VCG. According to the site, the lawsuit pins the alleged defect on a design flaw related to the grease-like lubricant used in conjunction with the potentiometer. It alleges this causes resistive material to be scraped off a circular track, which in turn leads to drifting.
In addition to good old fashioned money, the lawsuit also seeks a public injunction forcing Microsoft to notify owners of Xbox controllers about the alleged defect.