The Nintendo Switch phenomenon known as Joy Con drift "isn’t a real problem or hasn’t caused anyone any inconvenience." Reportedly, Nintendo is making this claim in its defense of the class-action lawsuit regarding Switch controllers registering input even when not being touched. These words will no doubt be of great comfort to my UPS driver, who delivered freshly-repaired Joy Cons to my house earlier this week. That box must have been empty. According to one redditor, the law firm behind the Joy Con drift class-action suit wants to fight back.

Chimicles Schwartz Kriner & Donaldson-Smith (CSK&D) says Nintendo is denying that Joy Con drift has caused any problems for Nintendo Switch owners. The firm wants to "demonstrate and humanize" its impact on gamers but needs some help. According to the redditor who says they contacted the firm regarding the impending class-action lawsuit, CSK&D is asking for video evidence of Joy Con drift. The firm is reportedly asking for video evidence to be submitted by October 16 so that it can compile a montage as video proof.

While "deny everything" is a common legal defense, Nintendo itself has already apologized for the very inconvenience that it now reportedly denies. Back in July, president Shuntaro Furukawa said, "Regarding the Joy-Con, we apologize for any trouble caused to our customers." Surely this statement will make its way into evidence at the trial. Nintendo's actions also show that it knows it's at fault, and has been fixing faulty Joy Cons since July of 2019. 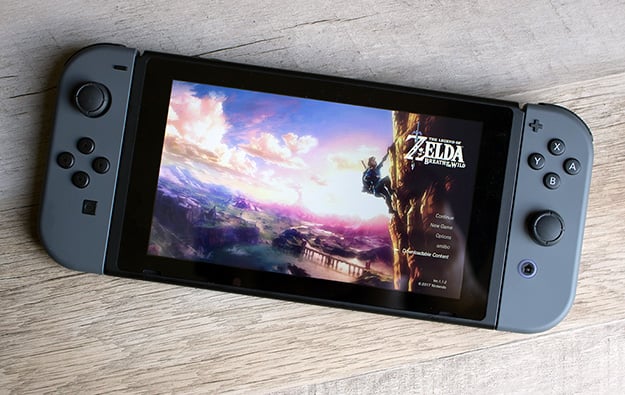 Nintendo's past actions also seem to indicate that the company knows that there are issues with Joy Cons. The company will repair any broken Joy Cons sent its way via its own return program. We used it in September after multiple recalibrations failed to resolve the issue. The repair program worked even though our Switch was out of warranty. Nintendo warns that it might take a little longer for repairs due to COVID-19 concerns, but overall the turnaround time wasn't that bad. In our case it took about 10 days to get a UPS label to send them in, and then about three weeks to get them back. The Joy Cons we received were the same ones we sent in, which we verified through photos before and after receiving them. The small nicks and dings on them when we sent them off were still on the bodies, but the analog sticks no longer drift.

CSK&D has set up an email address, nintendoclassaction@chimicles.com, to receive short (less than 90 second) videos of phantom input in action. If you've got some Joy Cons that currently exhibit signs of drifting, it might be to everyone's benefit to submit video evidence. Let us know in the comments if your Switch has exhibited signs of un-touched analog stick movement and whether you've had to have repairs performed.