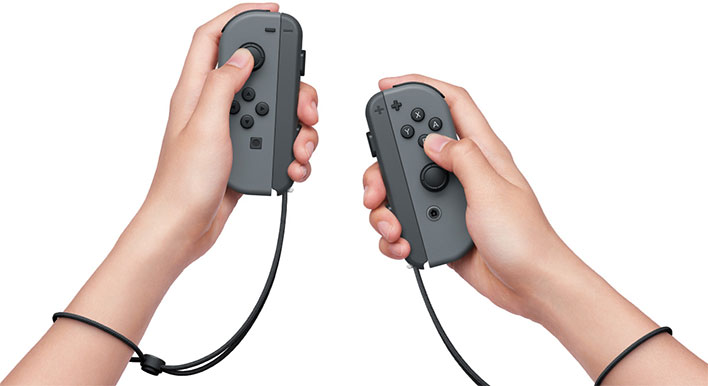 When the Nintendo Switch arrived, some wondered if the hybrid game console would fall flat because of its comparatively under-powered hardware (to the Xbox One and PlayStation 4). Instead, it sold like gangbusters, and continues to pull in consumers, because it's an excellent game system. Well, except for an annoying Joy-Con drift issue, for which Nintendo has issued an apology.
We reviewed the Switch when it came out a little over three years ago, and from then until now, we have not experienced the issue ourselves. Others have, however, complaining that the Switch registers movements even when not holding the Joy-Con controllers. For those affected, it is certainly a frustrating phenomenon, and one Nintendo vowed last year to fix.
Now a year later, Nintendo is apologizing for the issue, seemingly for the first time (we can't recall the company apologizing for this specific issue previously). Why now? Nintendo might be trying to garner some good will in the face of a class-action lawsuit.

"Regarding the Joy-Con, we apologize for any trouble caused to our customers," Nintendo president Shuntaro Furukawa said in a statement translated by Kotaku. "We are continuing to aim to improve our products, but as the Joy-Con is the subject of a class-action lawsuit in the United States and this is still a pending issue, we would like to refrain from responding about any specific actions."
As spotted by Engadget, the lawsuit (PDF) alleges that steel brushes inside the Joy-Con "rub away the soft carbon material that makes up the pad," creating debris that accumulates on the brush tips. Drifting then occurs, as a result of what the lawsuit claims is a "defect" in the design.
The lawsuit was originally filed back in July 2019, and was later amended to include the Switch Lite, which is a smaller version of the Switch with built-in controllers. Last we heard, Nintendo was offering to fix affected units for free, though it's not clear if that is still the case for out-of-warranty models.